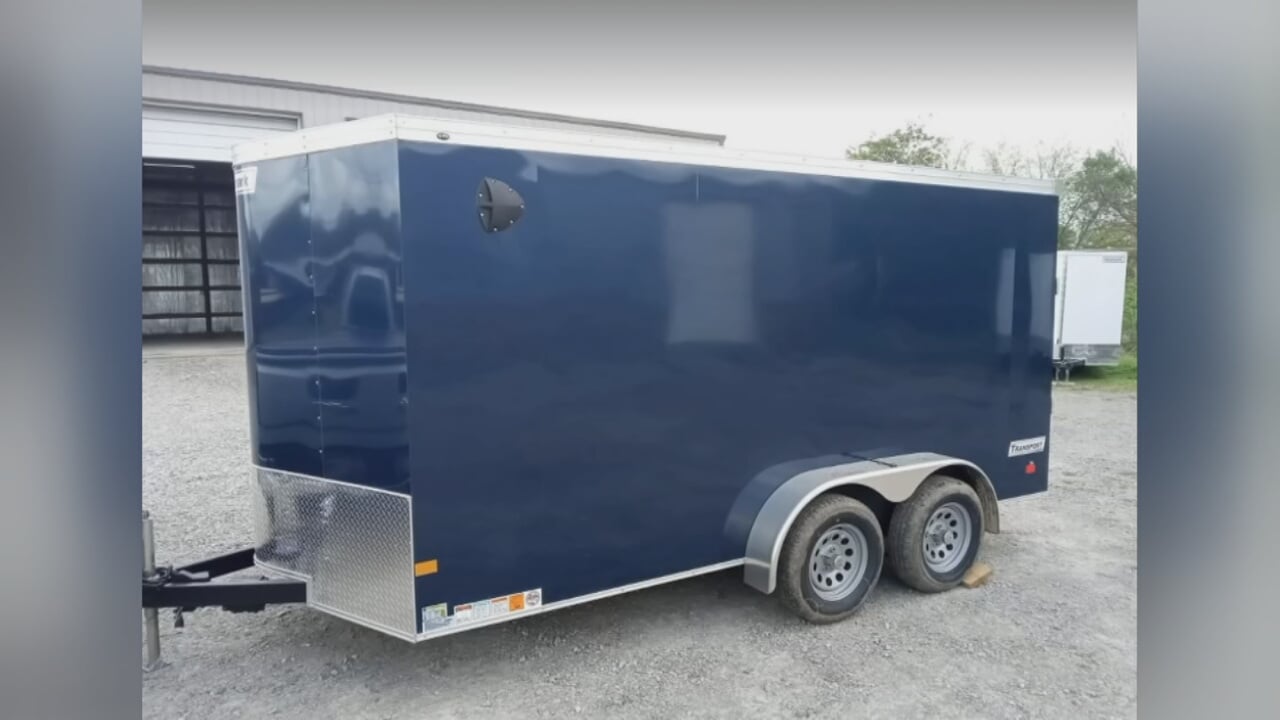 A Tulsa dad says he's desperate to get his family's racing trailer back after it was stolen from his business.

"We race cage karts, we race pretty much all over Oklahoma, Texas, we went to Iowa a couple of weeks ago, just got back, Kansas, Missouri, He loves it," he said.

That's why Nick decided to buy a trailer earlier this summer so they could easily load up and travel all over for his son to race. He says it's a blue 2021 16-foot trailer. But, all the excitement stopped when he says the trailer was stolen from his shop near 51st and Mingo.

"When I told him he started crying, and that was the hardest part of trying to explain to him why, why someone stole it and why they needed it more than we did," he said.

Nick says someone took the trailer on July 11th, and he didn't realize until the next morning when he noticed the lock on the shop's fence had been cut and a crowbar had been left behind. He says his son is devastated.

"He asks me every day, have you talked to the cops, have the cops called you or anything like that, and it's heartbreaking but it is a lesson that we have to learn and we all go through," he said.

Now, the family is finding a way to still make the races without the trailer.

"I'm having to do it my old school way of putting everything in the back of my truck and go that way," he said.

Nick says he's hopeful someone knows something that will help him get the trailer back, or he's going to have to try and save up to get a new one.

"I hope you are happy, you devastated a little boy, very much, and I'm trying my best to do what I can to get it back or get something to make it better," he said.

If you have any information about the stolen trailer, you can call CrimeStoppers at 918-596-COPS.

The Hot Seat: Energy In Oklahoma