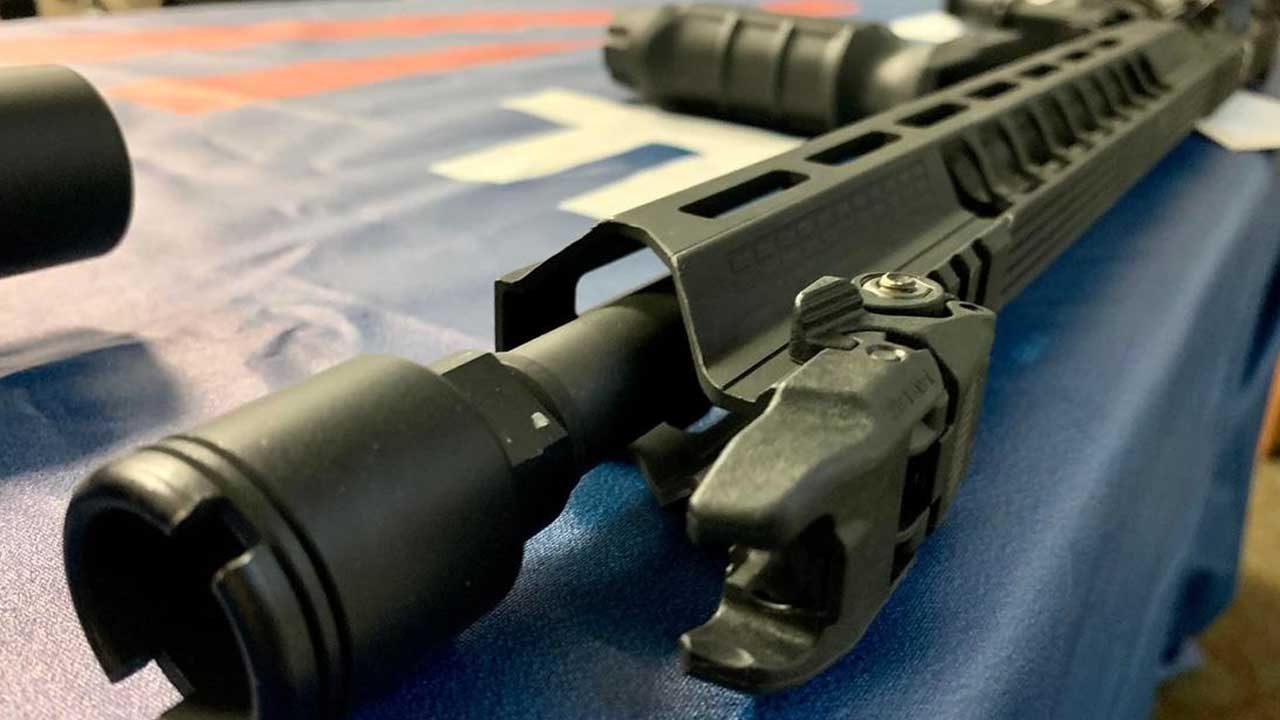 With just days remaining until new federal rules will effectively ban so-called ghost guns on Aug. 24, many companies are scrambling to sell parts needed to make the largely untraceable firearms — and gun enthusiasts continue to build them.

In April, President Joe Biden announced new regulations that will treat ghost guns — which can be made from parts bought online or with 3D printers — like any other firearms sold in the U.S.

Typical firearms must include a serial number that lets law enforcement trace them if they're used in a crime, but ghost guns don't have serial numbers. Also, anyone can buy ghost gun parts online without a background check, allowing criminals to bypass restrictions designed to prevent them from purchasing a traditional firearm from a licensed dealer.

Online, many websites that sell ghost gun parts have posted countdowns to the date the rule takes effect and have posted information for enthusiasts who want to continue building firearms at home.

The sites include companies like 80-lower.com, which urges visitors to "grab your freedom while you can" and links to product listings of AR-15 receivers. A similar site, 80percentarms.com, promises to continue shipping ghost gun parts until the day the rule begins. Representatives from 80-lower.com and 80percentarms.com didn't respond to CBS News' request for comment.

The number of ghost guns in the U.S. has been on the rise in recent years. While there's no data on how many ghost gun parts are sold, the number turning up at crime scenes in recent years has soared, according to the Bureau of Alcohol, Tobacco, Firearms and Explosives (ATF), which regulates firearms.

In its latest report on the U.S. gun market, the ATF pointed to jumps in Google trends data in recent years that suggest increasing interest in ghost gun parts.

That data shows key searches related to specific ghost gun parts soared by more than 600 percent in the last decade.

The ATF report also said ghost guns are making it possible "to make a firearm at home without any records or a background check."

Bob and Hugh are two of the people doing just that. They asked CBS News to only use their first names because they fear backlash.

In their garage in California's Central Valley, they make functioning AR-15-style rifles out of what appear to be gun parts but, under current federal law, are just pieces of metal.

Once assembled, guns like the ones Bob and Hugh make are essentially identical to those sold in stores, with one key difference: privately made firearms don't have serial numbers.

Bob and Hugh started putting serial numbers on all the guns they made in 2018, when California began requiring ghost guns to have serial numbers. It's one of only a handful of states that regulate ghost guns at all.

Rules like California's will soon extend to every state once the new ATF regulations take effect. That doesn't mean privately manufactured firearms will be illegal, but rather that ghost guns will have to be serialized, meaning they must contain a serial number. The regulations will also require anyone who buys the parts to submit to a background check.

Bob said he's concerned the new rules will dissuade law-abiding citizens from making guns like he does. He also said he fears criminals simply won't comply, but rather continue to make unserialized guns illegally.

"The laws are going to discourage a lot of people like me who like to make sure everything is above board," he said. "They're going to be discouraging people from going out and participating in this hobby."

Activists and federal officials hope these new regulations will help curtail the use of ghost guns in violent crime.

David Pucino, the Deputy Chief Counsel at Giffords Law Center, which advocates for stricter gun control laws, said it's "a strong rule" that will make it harder for criminals to build ghost guns while allowing hobbyists like Bob and Hugh to continue to do so.

Ghost guns have presented an increasing problem for law enforcement in recent years. Nearly all ghost guns recovered at crime scenes — more than 99% — can't be traced at all, according to the ATF. At the same time, the number of ghost guns used in crimes has risen sharply — jumping 1,000% since 2016, though they still make up just 3% of all guns recovered by police.

"Right here in [Washington, D.C.], 41% of all privately made firearms that are recovered link to another shooting."

"I think that any tool that law enforcement has that can disrupt firearms trafficking and prevent one life from being lost to gun violence will make a difference," he said.

The key for the new rules to be truly effective, Pucino said, is "implementation."

"What we're going to need is for ATF to be really careful about implementing the rule," Pucino said. "To make sure that folks who are selling weapons by another name, that are selling the parts … that can be used to make guns are regulated as if they're selling weapons. And if ATF does that, I think the rule will be very effective."

But gun owners and advocates like Bob and Hugh maintain their belief that the new rules aren't the way to reduce crime.

"It's not going to work," Hugh said. "Because it's the same thing. Criminals don't obey the law."

For this story, CBS News consulted with The Trace, a nonprofit journalism organization that reports on guns. The Trace correspondent Alain Stephens examined the ATF's efforts to reduce the criminal use of ghost guns in the run-up to the federal rule change. Read the full story here.