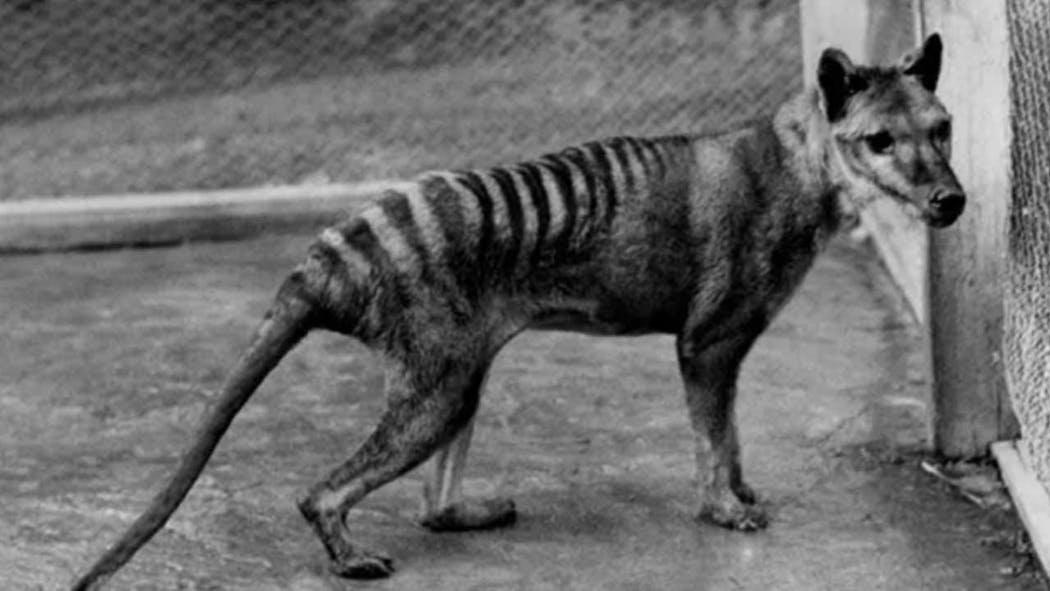 It's been nearly 100 years since the Tasmanian tiger's extinction — but the marsupial may live once again.

Earlier this year, scientists at The University of Melbourne established a research lab dedicated to developing technologies that could bring back the carnivorous marsupial, officially known as a thylacine, that died out in the 1930s, and reintroduce it to its native Australian island of Tasmania.

Now, with a $5 million donation from earlier this year, and a new partnership with a Texas-based genetic engineering company called Colossal Biosciences, which is also working on a project to recreate the woolly mammoth in an altered form and return it to the Arctic tundra, scientists are harnessing advances in genetics, ancient DNA retrieval and artificial reproduction to bring back the animal to the land of the living.

The project involves several complicated steps, but scientists say the marsupial can be recreated using stem cells and gene editing reproductive technology. The team plans to take stem cells from a living marsupial species with similar DNA, and turn them into "thylacine" cells to "bring back" the extinct species – or a very close approximation of it – using gene-editing technology.

"We are using the very latest DNA engineering technologies and developing new tech for marsupial stem cell derivation and assisted reproductive techniques...We also have a huge team of scientists working on solving and problems we encounter along the way," Professor Andrew Pask, who is leading the research at the University of Melbourne, told CBS News.

New marsupial-specific assisted reproductive technologies will be needed to use the stem cells to make an embryo, which will require building artificial wombs.

"I think we are looking at a decade or so to get the animal back. Then, for most re-wilding efforts of this scope, you would want to very closely study the animal in large captive areas on Tasmania to make sure it is fitting back into the ecosystem before releasing them across the whole island. This would take potentially another 10 years to be sure we are doing this as carefully as possible," Pask said.

Pask says the implications of the technology his team is developing are huge for preserving the species that are left, as well as for underpinning current de-extinction projects.

"The ability to gene edit marsupials opens up possibilities for saving northern quolls from extinction, the ability to generate marsupial stem cells and then whole animals enables us to think about restoring marsupial species lost in bushfires to their original habitats once the vegetation has regenerated," Pask said.

The ultimate goal with this technology is to restore these species to the wild, where they played absolutely essential roles in the ecosystem — but it would have to be done very cautiously.

"These things are critically needed to protect us from further loss of biodiversity. And then beyond marsupials, these technologies could be applied to many other vertebrate species," Pask said.

The thylacine was Australia's only marsupial apex predator. About 2,000 years ago, it disappeared from almost everywhere except the island of Tasmania. But when European settlers arrived on the island in the 1800s, they believed the thylacine, which looks like a dog and has stripes across its back, were a threat to livestock and they hunted it to the point of extinction.

The last thylacine living in captivity died from exposure at the Beaumaris Zoo in Hobart, Tasmania in 1936, just two months after thylacines had been granted protected status — but excessive hunting, combined with factors such as habitat destruction and introduced disease, led to the rapid extinction of the species.

If successful, this initiative would represent a remarkable achievement for the researchers attempting it and it would mark the first de-extinction event in history — but many outside experts are skeptical of the science behind it and believe there are significant limitations to de-extinction.

"De-extinction is a fairytale science," Associate Professor Jeremy Austin from the Australian Centre for Ancient DNA told the Sydney Morning Herald. "It's pretty clear to people like me that thylacine or mammoth de-extinction is more about media attention for the scientists and less about doing serious science."