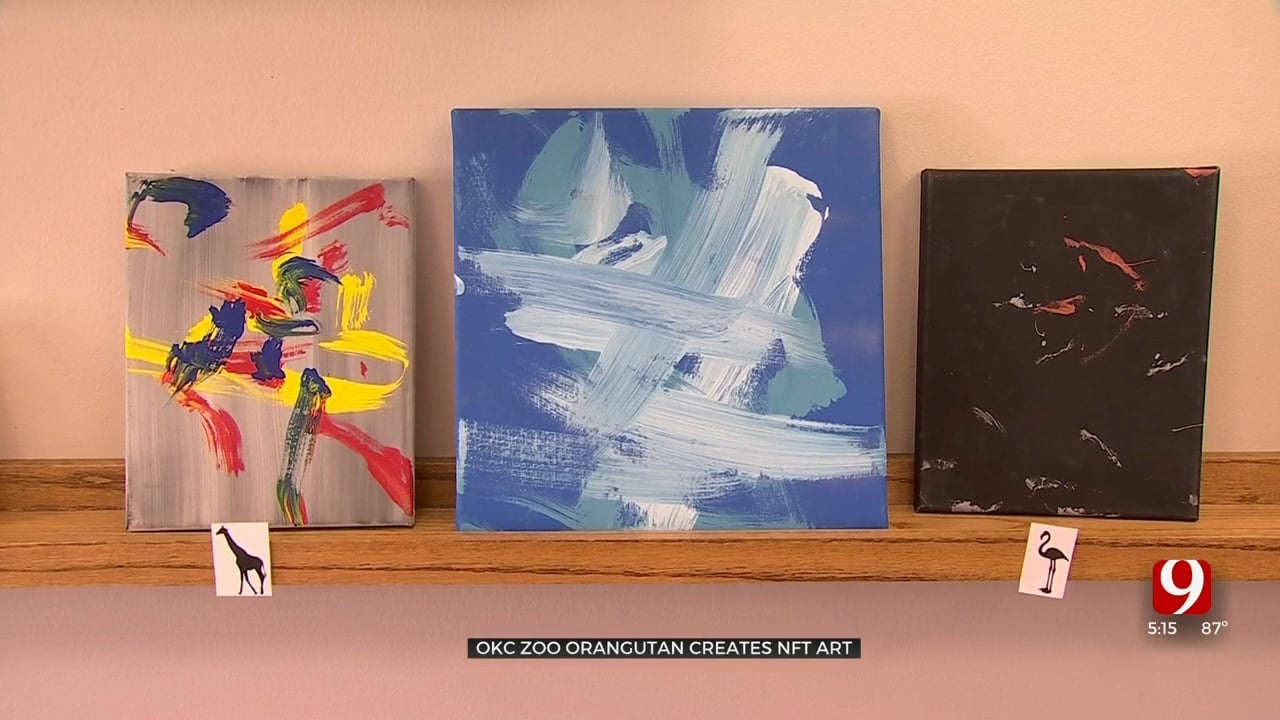 An Oklahoma City artist is moving into a new realm and both he and his method are unconventional.

His non-fungible tokens, or NFTs, will go on sale Friday. The proceeds will go to support a fitting cause.

Those who know the 21-year-old artist named Elok said his brush on canvas is an enriching experience.

“Elok does not like guidance,” Pace Frank, who has worked with Elok for 10 years, said. “He has a vision, it seems.”

Now, he is taking his talents to the world of NFTs.

“It was an opportunity to kind of expand it a little and make it digital, instead of on a canvas,” Frank said. “He seemed to really like the process.”

Elok is a Sumatran Orangutan, and his studio is at the Oklahoma City Zoo.

Frank is the assistant curator of primates.

“We kind of modified after some work and some problem solving, modified his paint brush to succeed with his digital art,” Frank said.

A motion detection device captured the movement of his modified brush on a digital screen.

The proceeds from his art sales will toward Orangutan conservation in Sumatra.

When the idea was brought to Snyder, her first question was: “What is an NFT?”

She is not alone in asking that question. The new assets have left many scratching their heads.

A non-fungible token is a one-of-a-kind digital asset that can’t be replicated. The represent real-world items like artwork.

The OKC Zoo hopes to find buyers looking to invest in art by an ape.

“It’s a great way to connect him as an ambassador for his species with his counterparts in the wild,” Snyder said. “Then to have him actually do something to help them is a really unique part of the story.

It’s as unique as the works created.

Two of Elok’s 21 pieces can be purchased or receive bids Friday. The sale and auction will correspond with the zoo’s International Orangutan Day celebrations.