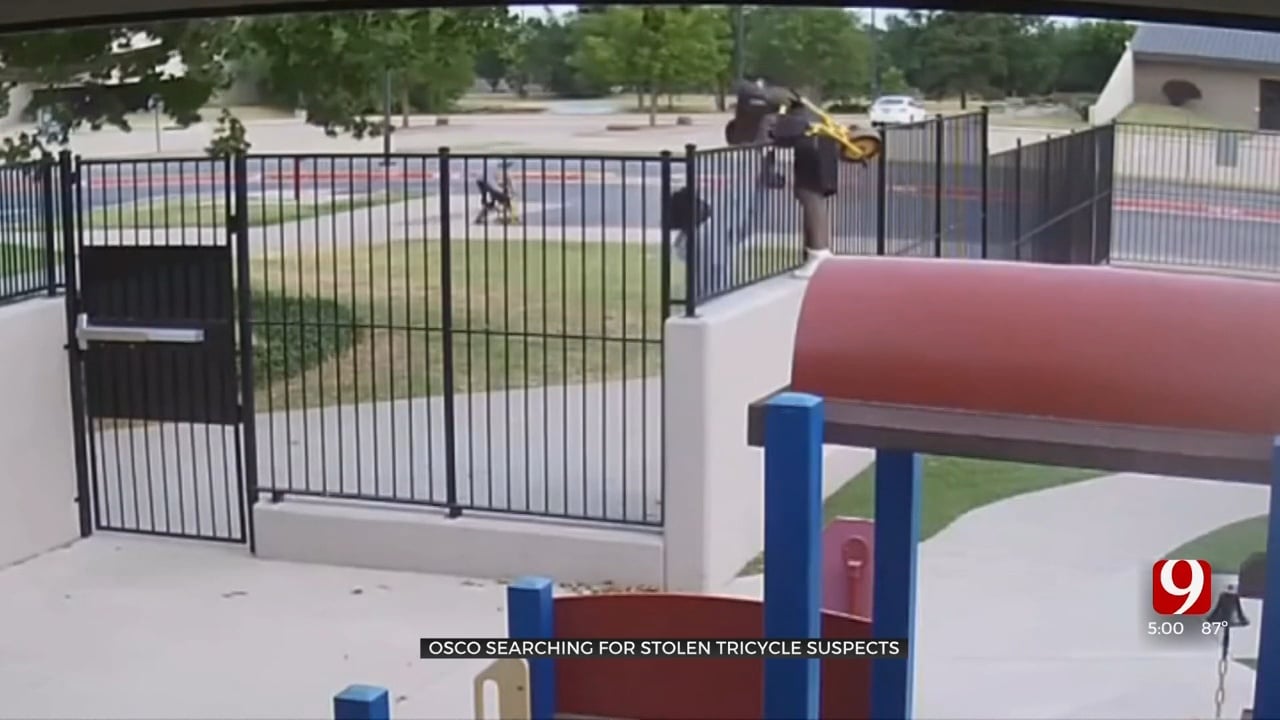 The Oklahoma County Sheriff's Office is asking for the public’s help in finding those involved with stealing three tricycles from an OKC metro daycare.

The tricycles were stolen on surveillance camera.

"You can see them. They are kind of looking in through the gate,” Oklahoma County Sheriff’s Office public information officer Aaron Brilbeck said. ‘At one point, they jump over the fence."

The three kids enjoyed the playground for some time in the surveillance video before they get their hands into some mischief.

"Then they decide they are going to steal these very high-end tricycles," Brilbeck said.

The commercial-grade tricycles were stolen around 6:30 p.m. on a July evening from Francis Tuttle's Child Development Center.

They managed to get two of the tricycles. Then, they escaped.

The institute said it bought these in 2017 but are built to last, with the total cost of the three just under a grand to replace.