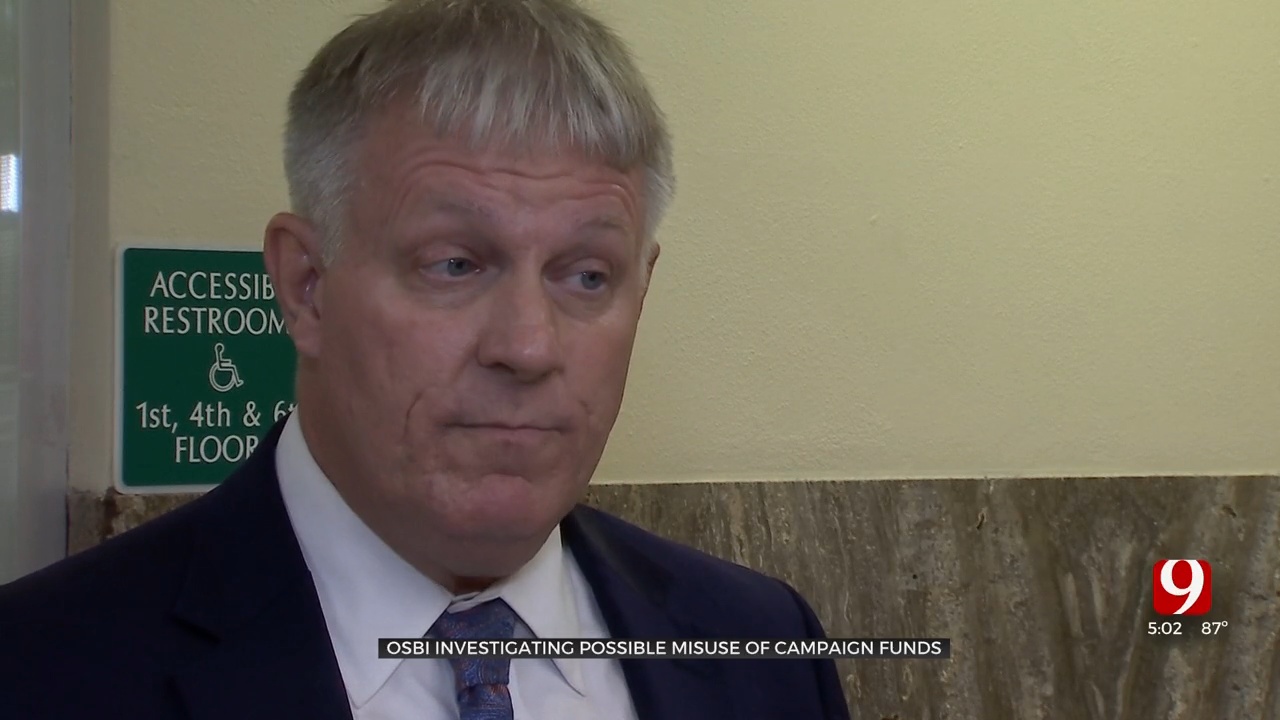 During a news conference called by Calvey outside Prater's office Thursday, Prater said he met with the OSBI June 14 after multiple allegations were brought to his attention regarding a misuse of public money within Calvey's campaign.

"Matter of fact, I thought it (the referral) was a dead matter until (journalist) Mr. (Nolan) Clay called me two days ago," Prater said. "I had no idea it was still open."

Prater was asked if the timing of the OSBI referral was convenient. The Republican runoff between Calvey and Oklahoma County Assistant District Attorney Gayland Gieger will take place Aug. 23.

"There are inconvenient timing situations constantly when you're dealing with a number of cases (and) investigations we deal with in this office, but let me tell you what," Prater said. "As to Mr. Calvey -- and I will look him in the eye and tell him this -- I have intentionally stayed out of anything political, regarding this man (Calvey). Intentionally (sic) done it. And anything that might have hurt him has been referred off to other agencies and entities to look at in an independent manner. That's why we're not investigating it. That's why you didn't hear this from me. I wasn't about to have a press conference telling you that Kevin Calvey was under investigation by the OSBI. It would have been wrong."

Calvey responded to Prater's statement about the OSBI referral's timing.

"June 14, by his (Prater's) own admission, was two weeks before the primary election," Calvey said. "Yes, the timing is very suspect."