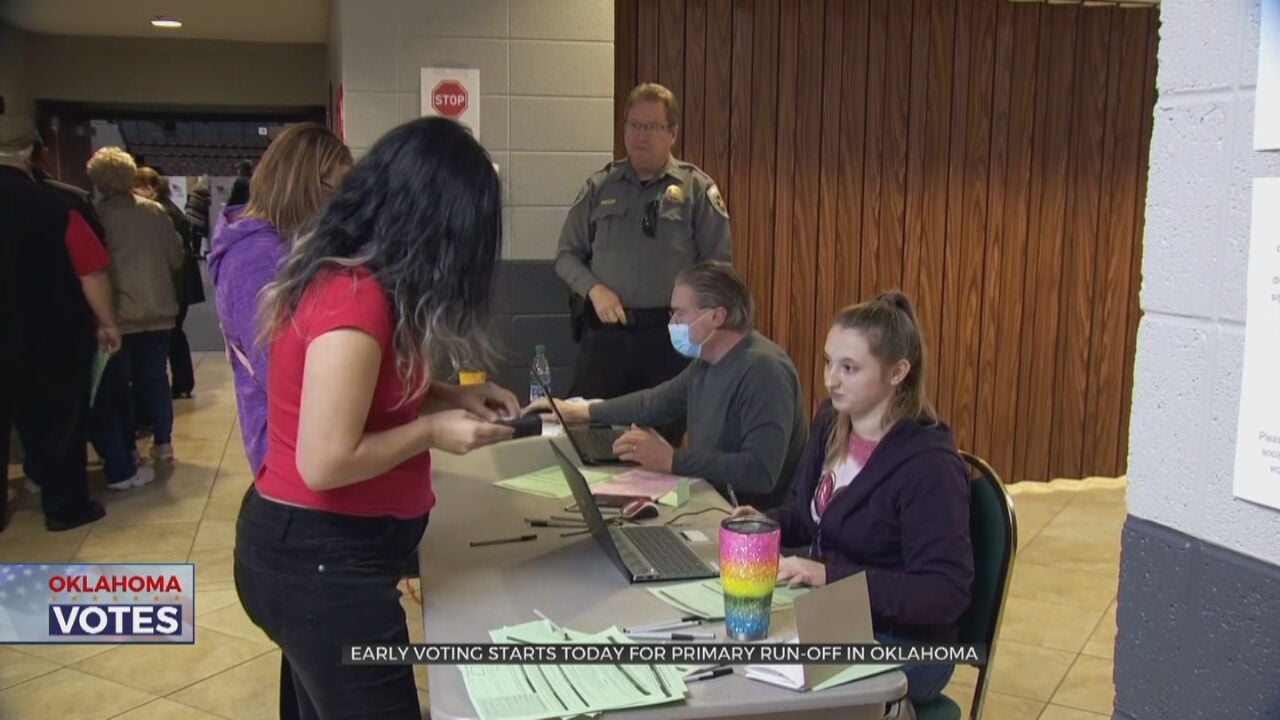 Starting on Thursday, Oklahomans can head to the polls to participate in early voting for the run-off primary election.

Gwen Freeman, from the Tulsa County Election Board, says the runoff-primary election has a lot of federal, state, county and local races so she is encouraging people to get out and let their voices be heard.

In Tulsa, three City Charter Amendments are on the ballot.

Proposition one would delete an obsolete dollar amount mentioned in the City Charter, and continue to allow the City Council to set the mayor's salary by ordinance. Proposition two addresses how long a candidate running for city office must live in Tulsa before running. The third amendment would change the length of the term of the City Auditor from two years to four years.

During early voting, there are select voting sites, but on Tuesday people will vote at their precinct locations.

Freeman wants to remind voters that some locations have changed due to redistricting.

"Make sure before you leave for the polls on Tuesday, look it up on the voter portal which is available to you. You can find out where your precinct location is there," said Freeman. "You can call the election board and you should have your new voter ID card in the mail and that will give you the new precinct location. Make sure you don't waste a lot of time and get discouraged."

Early voting will open on Thursday at 8 am.