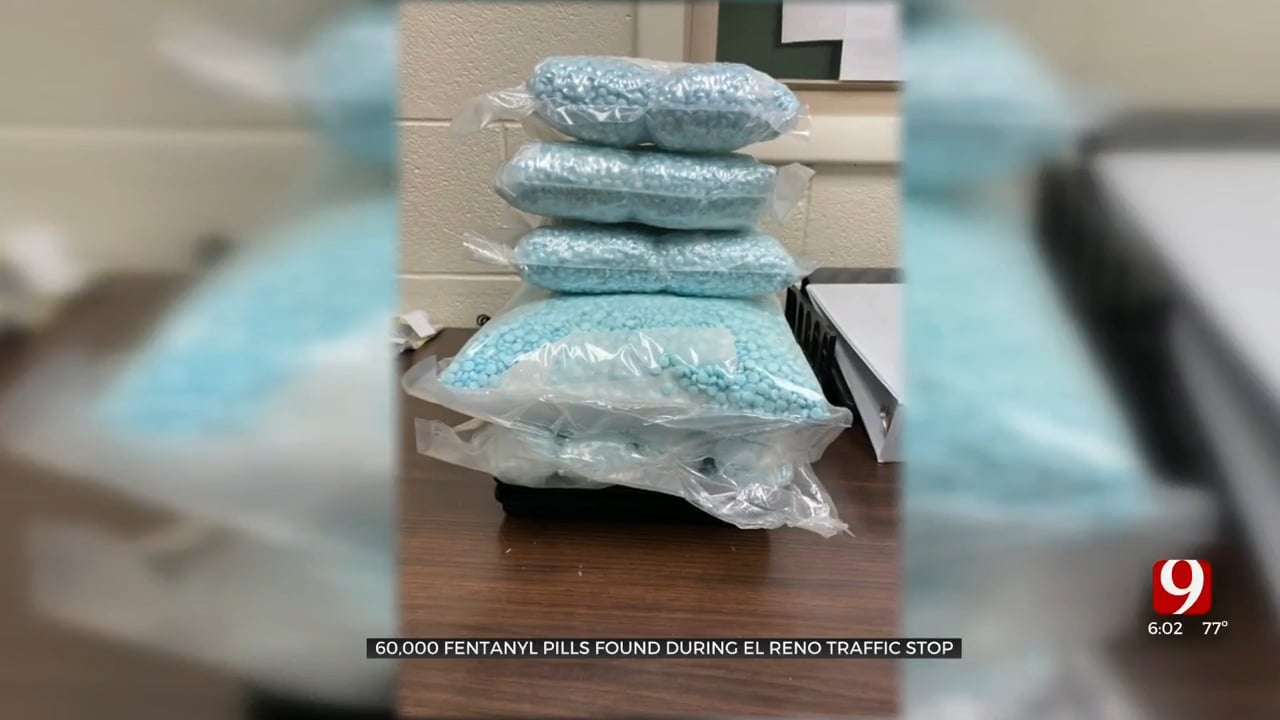 A major drug bust by the Canadian County Sheriff’s Office and El Reno Police. Around 60,000 fentanyl pills were seized during a traffic stop Monday evening.

El Reno Police say fentanyl is a growing problem both here in Oklahoma and nationwide.

“We received a call from the Canadian County Sheriff's office to assist with a traffic stop on Interstate 40. They specifically requested a K-9 unit," said Kirk Dickerson, the El Reno Assistant Police Chief.

He said the K9 had a positive hit on the car, a white Toyota Camry.

“And then a subsequent search of that vehicle revealed the seized narcotics and a fairly sizeable amount of US currency," said Dickerson.

Dickerson said while this was a sizable bust, getting any amount of this dangerous drug off the streets makes a difference.

“Anything that we're able to interdict before a dangerous drug gets to the public, I think that's important, and that's what we're here for.”

He said a bust like this could be lifesaving. “Fentanyl is a growing problem everywhere," said Dickerson.

He said there’s been an increase in arrests and overdoses related to fentanyl in the state.

“We’re certainly glad to see these large shipments off the street so it either can’t hurt Oklahomans or any other community where it may have been destined," said Woodward.