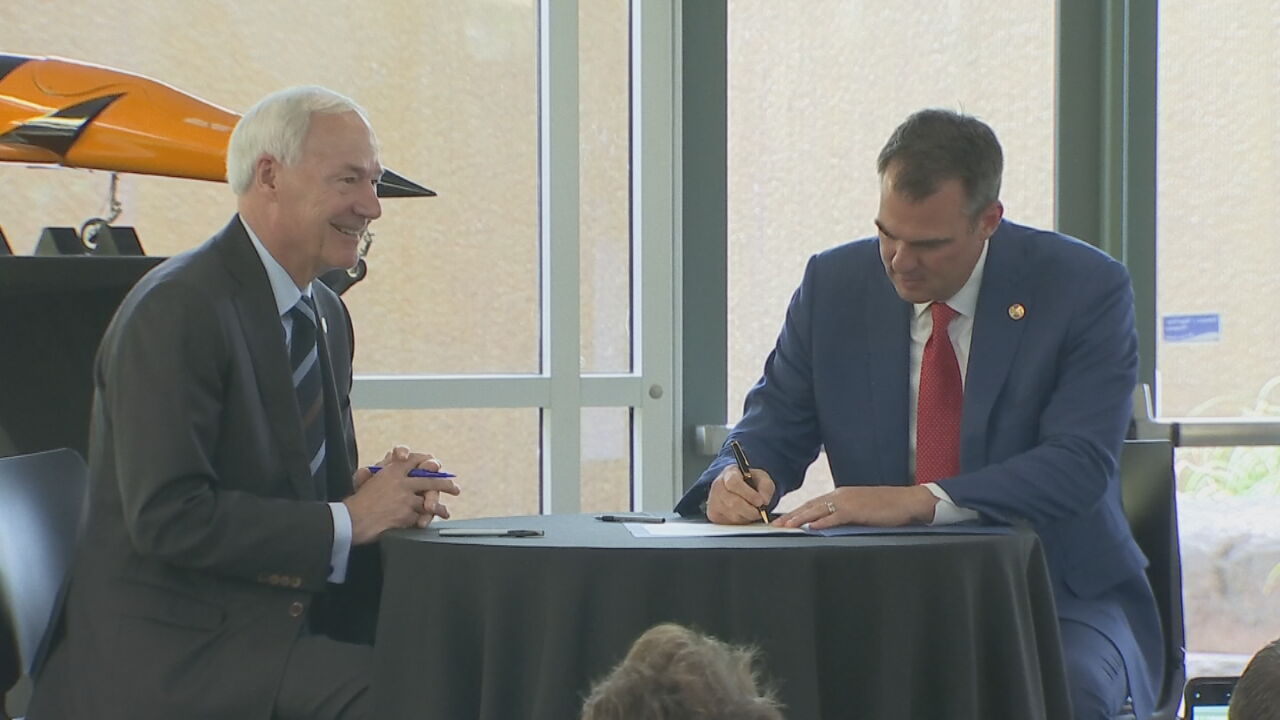 Governor Kevin Stitt and the governor of Arkansas, Asa Hutchinson, announced a new partnership to grow the advanced mobility industry in both states.

The goal is to put Oklahoma and Arkansas on the map as a hub for developing new technologies in the field of transportation by attracting new companies, create new research, and supporting local advanced mobility companies already operating across both states.

"I believe it's going to create more of a synergy, and access to capital, people understand that you're going to be able to set up testing between the two states,” Stitt said.

"Whenever you look at a number of different projects that we've competed against each other on, we've found out that whenever you combine together then you have got a greater population base, a greater workforce base, and with Oklahoma and Arkansas being so close, particularly the western parts of the states, it's really beneficial to both of us,” Hutchinson said.

Elizabeth Pollard, the secretary of Science and Innovation for Oklahoma, hopes the new partnership attracts students and researchers to the universities in the region.

"It's a huge opportunity for us to attract more economic development to the state and also leverage each other’s research and development capabilities across our higher education,” Pollard said.

As a result of this partnership, electric vehicle maker, Canoo, which is building its manufacturing facility in Pryor will now expand by putting its headquarters in Bentonville, Arkansas.

Both governors hope the expansion will be good for the creation of new, high paying jobs in careers like drone piloting, cyber security, and mechanical engineering.