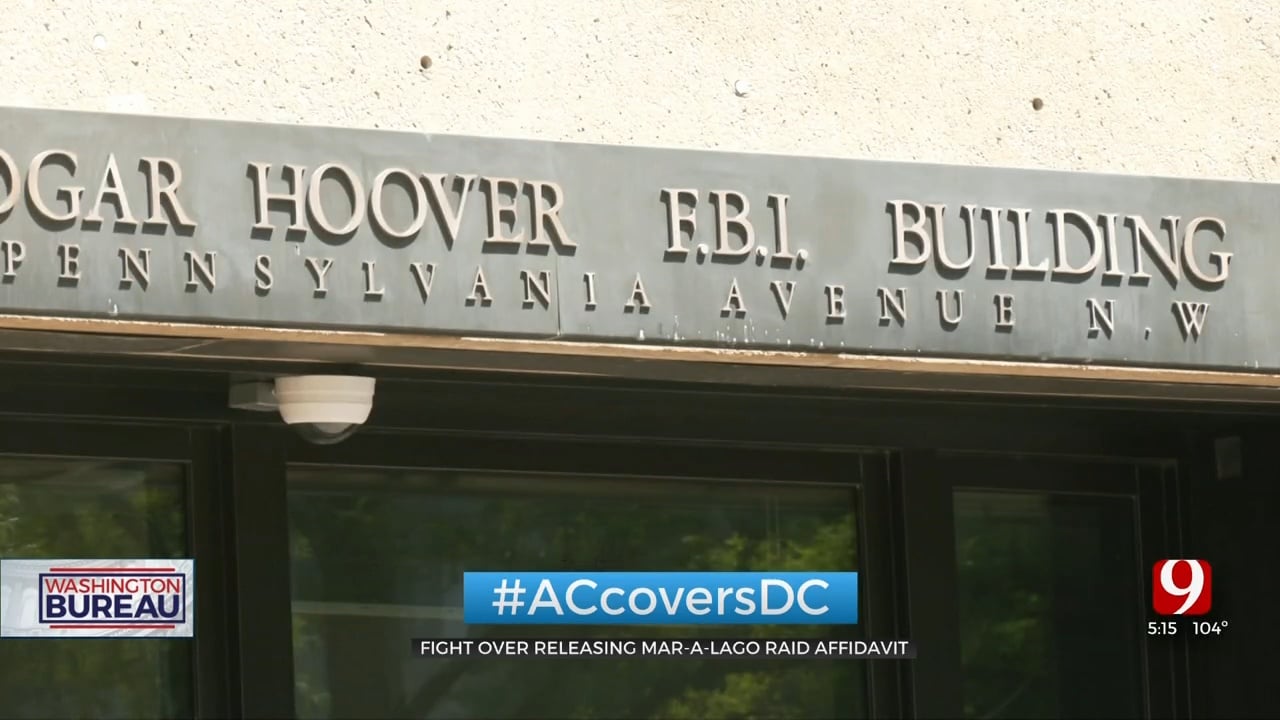 Federal prosecutors are fighting efforts to unseal the affidavit they used to justify the search of former president Trump’s Florida estate last week, saying that would jeopardize the investigation.

In response to motions filed by several news organizations to make the affidavit public, the Justice Department argued Monday in a court filing to the U.S. District Court in the Southern District of Florida that the affidavit should remain sealed "to protect the integrity of an ongoing law enforcement investigation that implicates national security."

The investigation went from relative obscurity to front page news last week the instant Donald Trump announced the FBI was in the process of searching his home.

Trump referred to the search as a raid, saying, “These are dark times for our Nation, as my beautiful home, Mar-A-Lago in Palm Beach, Florida, is currently under siege, raided, and occupied by a large group of FBI agents.”

Supporters of the former president were outraged, as were many elected Republican officials and after several days of tumultuous media coverage, U.S. Attorney General Merrick Garland addressed the issue publicly, announcing that it was his decision to seek the search warrant and that he had also decided to file a motion to unseal it and the receipt of the search "in the light of the former president's public confirmation of the search, the surrounding circumstances, and the substantial public interest in this matter."

The unsealed documents show the FBI is looking into whether Trump may have broken the law by improperly taken sensitive documents that should have been turned over to the National Archives.

The receipt showed that, during the search of Mar-a-Lago, agents removed 11 sets of classified documents, including some marked as “top secret” and meant to be only available in special government facilities.

"No one is above the law," said Rep. Brian Fitzpatrick (R-PA) on CBS’ Face the Nation Sunday.

A former FBI agent, Rep. Fitzpatrick is a member of the House Intelligence Committee. He said it's wrong that some on the far right have gone so far as to call for attacks on federal law enforcement, including the FBI, in the wake of the Mar-a-Lago search.

But Fitzpatrick is also hoping the affidavit will be made public because he feels the information contained in the search warrant still isn't enough to show that executing a search warrant was the appropriate step.

"We don't know what was appropriate, what was justified or not." said Fitzpatrick. “And that's why this affidavit is so important -- that will answer all the questions."

Mullin said he has great respect for the rank-and-file agents in the FBI but said Director Christopher Wray has questions to answer.

"Where does Director Wray think that the seventh floor of the Hoover Building has earned the trust of the American people? The American people know that President Trump has been targeted from day one of his presidency by the FBI," said Mullin.

Justice Dept. Asks For Warrant To Be Unsealed Related To FBI Raid At Mar-a-Lago Club