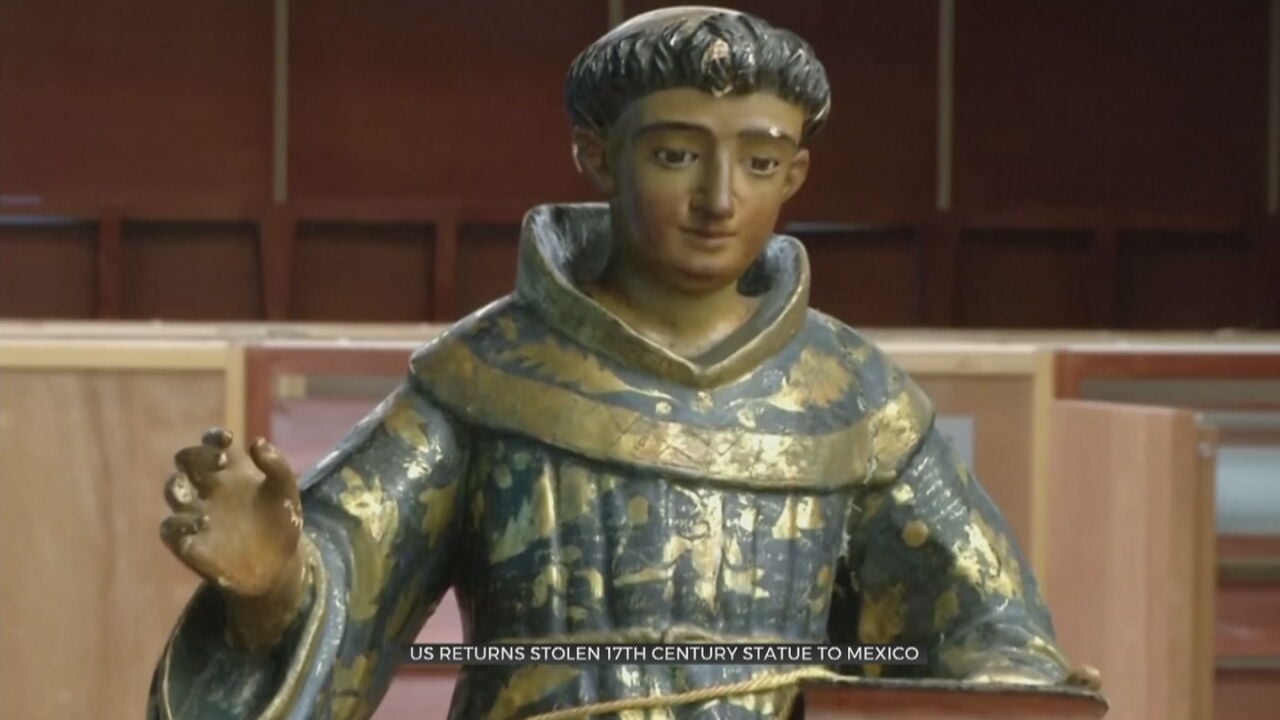 The United States has helped Mexico recover a 17th-century statue of Saint Antonio de Padua that was stolen 20 years ago from a church in the country's south.

The statue, carved from solid wood and later painted and gilded, was found by U.S. at the San Angelo Museum of Fine Arts (SAMFA) in Texas.

With the cooperation of the FBI and the US embassy in Mexico, the piece arrived in Mexico City on Tuesday. It was handed over to teams at the Foreign Ministry and the National Institute of Anthropology and History.

The sculpture was in the custody of an American collector, who, upon his death, donated his collection to the San Angelo museum.

The piece did not have accompanying documents authenticating its possession, and the museum reported the case to the FBI.

The piece was stolen in 2002 from a temple in Jiutepec, in the state of Morelos, some 55 miles south of Mexico City.

The piece measures 43 inches and represents Saint Antonio de Padua, a Portuguese priest of the Franciscan Order who was later venerated as a saint.