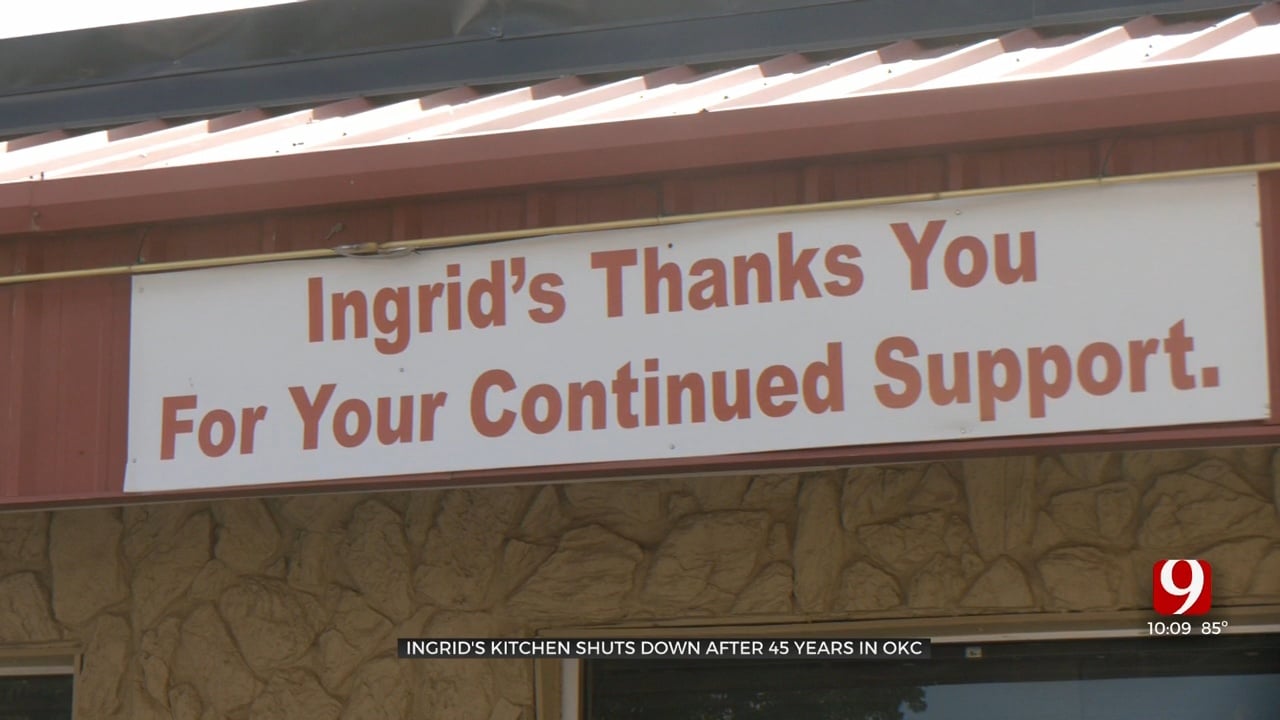 An Oklahoma staple is closing its doors after decades of service.

News 9 stopped by Ingrid’s Monday afternoon, moments after the business posted on social media that they were closing.

A hand full of customers pulled up expecting to get some German food and pastries. Only to leave in complete shock and disbelief after hearing their favorite restaurant was closed.

“I’ve been coming to Ingrid’s for 20 something years probably,” said Patrick Riley, a Regular at Ingrid’s.

The restaurant is an Oklahoma City staple, near a busy intersection in the Northwest part of town and was open for 45 years.

“When I was a kid, I remember my mom used to bring back bagels from Ingrid’s,” said Riley.

A post on social media saying they were closing and thanking loyal customers took many of them by surprise.

“Somebody texted me and said, ‘Ingrid’s closed’ and I had just picked up my daughter and I was like ‘guess we’ll go find out,’” he said.

After years coming to the little restaurant off Northwest 36th with his mother, Riley now takes his daughter almost every week.

“It was like an after-school treat, they had every cookie, they had the best bagels in town. It’s just sad I don’t know what I’m going to do or where I’m going to get my Reuben sandwiches,” he said.

A long-standing tradition he wasn’t ready to let go of.

“They even had good fried cheese which is weird for a little German place to have the best fried cheese in Oklahoma City. It’s sad this place really is an Oklahoma institution,” said Riley.

Despite the shock he has hope for the building filled with so many family memories.

“I hope we get some other institution can open up here and be here for another 45 years,” he said.

News 9 reached out to the owners to find out why they closed and when they made the decision and have not heard back.