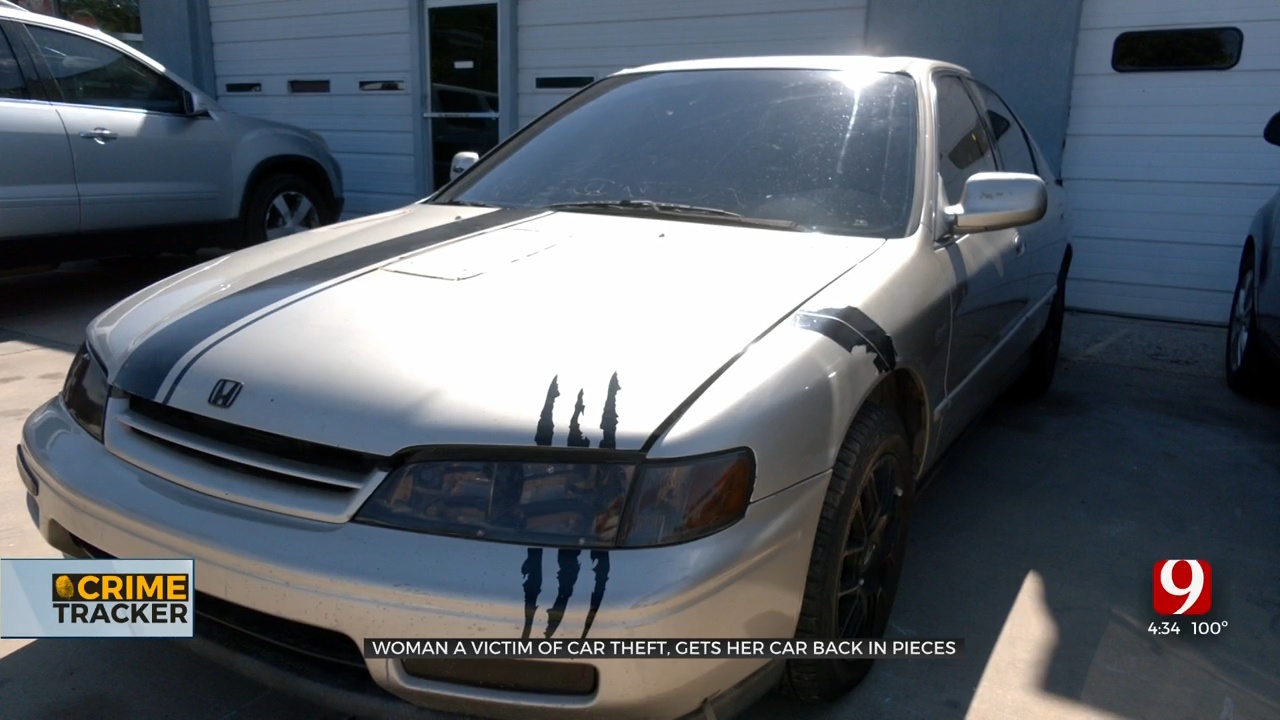 A unique car was stolen from an Oklahoma City apartment complex last week.

According to the owner, it was a one-of-a-kind car with shark fins on the top and stickers covering the car.

After a few days, a separate stolen trailer led police to a backyard where both the trailer and the stolen car were found. The car had been completely torn apart.

The car’s owner, Markea Lindsey, said she thinks the person who stole her car was trying to scrap it for parts.

"The car just looks bare,” Lindsey said. “Doesn't look the same to me.”

Now, Lindsey must start from square one to make her car unique again.

"Personally, I think it stands out,” Lindsey said. "You see my car, and it's clearly somebody who cares about their car. And you took that one.”

Lindsey said she recently put the finishing touch on her car before it was stolen: the shark fin on top.

“I have sports stickers all around,” Lindsey said. “It kind of looks like a race car, like a high ride car," said Lindsey.

Lindsey wants her car to be one of a kind again.

"My opinion is, I should be able to make my car look how I want it to and not how someone else wants just because they want to steal it,” Lindsey said. “No, that's not how it works.”