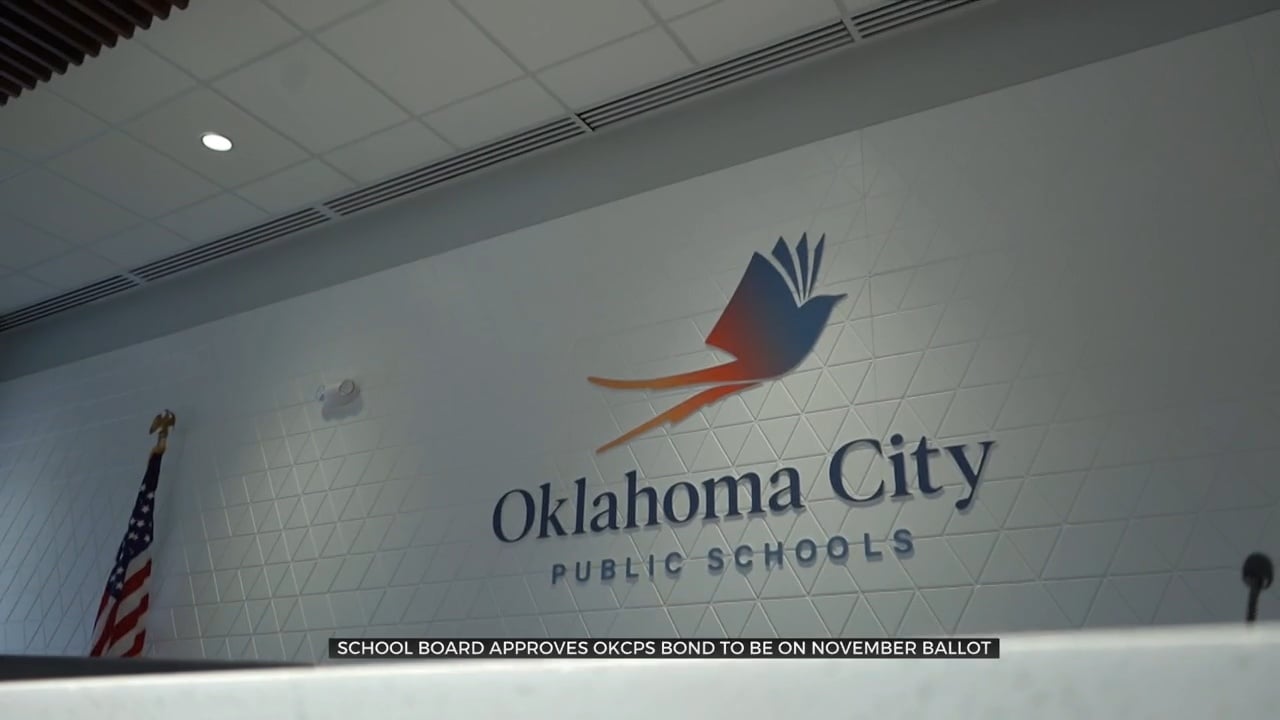 The Oklahoma City Public Schools’ board of education unanimously approved a bond worth more than $950 million in Monday’s special meeting.

Voters who live within the district’s boundaries will see the issue on their ballots Nov. 8.

“This will change the trajectory of many, many generations to come of OKCPS kids and (the) community,” OKCPS board chair Paula Lewis said.

Some of the biggest proposed projects include a new Capitol Hill High School and middle school that would combine with Wheeler Middle School.

Many sites would see renovations and the addition of flexible learning spaces for alternative learning programs.

“Really an exciting day,” OKCPS superintendent Sean McDaniel said. “The work’s not over. We will pivot over into telling the story, getting around in the community and inviting our community members to gather and see what all would come into the district, should this election be successful Nov. 8th.”

The district has an ambitious timeline to get the projects done.

“We believe we can bring projects online within five years, but stay tuned, because one of our next steps is to hammer out the scope and sequence of our projects,” McDaniel said.

The proposals would be the largest bond elections ever in OKCPS history with plans to touch every school.

“What we like to be able to tell our community is, everybody, every school in the district will benefit from this election,” McDaniel said. “This isn’t where we pick and choose a handful.”

Residents living within the OKCPS district boundary will see the bond issue on their November ballots.

The measure must receive 60 percent approval from voters in order to pass.