Carolyn Maloney Says ‘Off The Record,’ Biden Is ‘Not Running’ 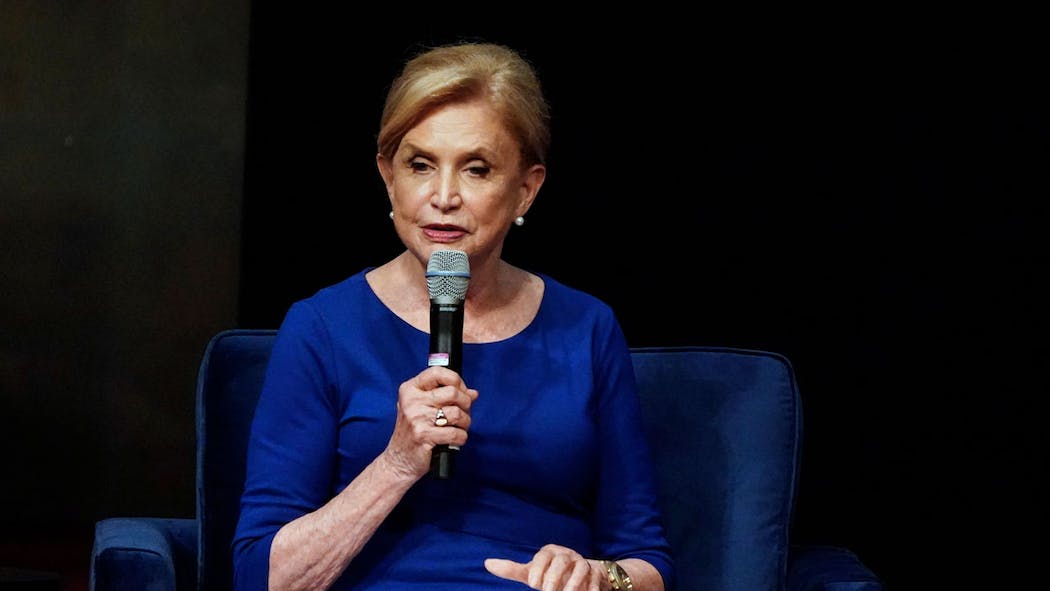 Democratic Rep. Carolyn Maloney said "off the record," President Biden is "not running again," in an interview with the New York Times Editorial Board published over the weekend.

New York's Maloney made the comments during an on-the-record interview, and both parties must agree something is "off the record" for it to be considered to be so. The Aug. 1 interview was not the first time Maloney has cast doubt on Mr. Biden's intention to run for reelection and suggested he shouldn't run. It's sentiment that isn't publicly uttered by many Democrats, but some have become more comfortable raising the possibility that he might decline to run again, as his approval ratings struggle.

Here is the exchange, as published by the New York Times (Maloney's answers are in response to the questions in bold):

Off the record, he's not running again.

On the record? No, he should not run again.

Maloney, days after the Aug. 1 interview was conducted but before it was published, said during a primary debate against Rep. Jerry Nadler and attorney Suraj Patel that she didn't believe the president would run again. Maloney is vying for New York's 12th Congressional District seat.

"I don't believe he's running for reelection," she said.

In an interview on CNN, Maloney later apologized to the president for her remarks, saying she wants him to run again. Still, she has reiterated that she doesn't believe he will.

Maloney isn't the only one who has cast doubt on a Biden 2024 bid. Rep. Dean Phillips of Minnesota said last month that he would not support the president in 2024.

"No," Phillips said in response to a question about whether he would support Mr. Biden in 2024. He told the Chad Hartman show on WCCO-AM, "I think the country would be well-served by a new generation of compelling, well-prepared, dynamic Democrats who step up."

The White House has repeatedly said that Mr. Biden intends to run for a second term.

"I'm going to be very clear," White House press secretary Karine Jean-Pierre said during a press briefing last month. "I'm going to say this once and the president has been very clear about this. He intends to run in 2024 and he is going to."

Carolyn Maloney Says ‘Off The Record,’ Biden Is ‘Not Running’