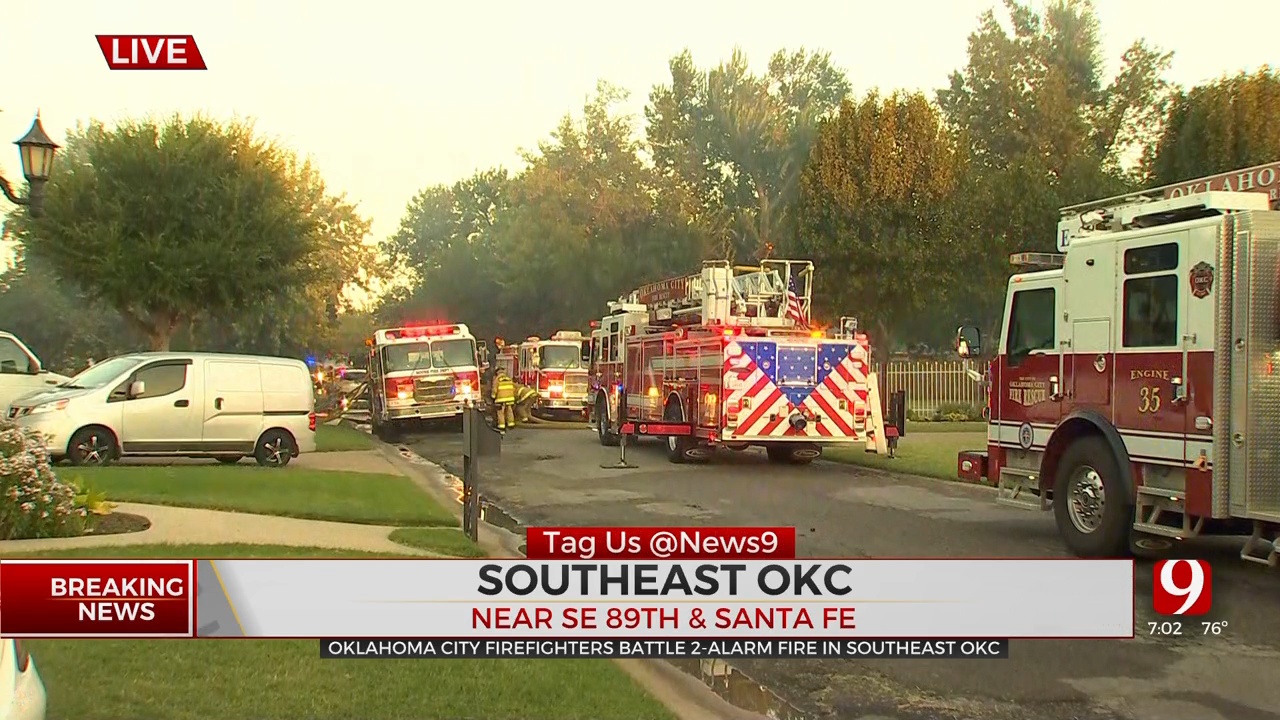 One person was injured in a structure fire Sunday morning in southeast Oklahoma City, the Oklahoma City Fire Department confirms.

At 5 a.m., firefighters responded to a structure fire near Southeast 89th and Santa Fe.

Firefighters said a two story metal shop with an RV parked next to it and another partially parked inside of the building caught fire.

Both the building and RVs suffered significant damage, according to OKCFD.

Firefighters said one person that was staying inside one of the RVs sustained minor blister burns.

The victim was treated on scene and not transported, according to OKCFD.

Firefighters said hazmat was called to the scene to make sure the runoff coming out of the building wasn’t hazardous.

Both Moore and Oklahoma City fire departments responded to the scene because one side of the street is in Oklahoma City limits and the other is in Moore city limits, according to OKCFD.