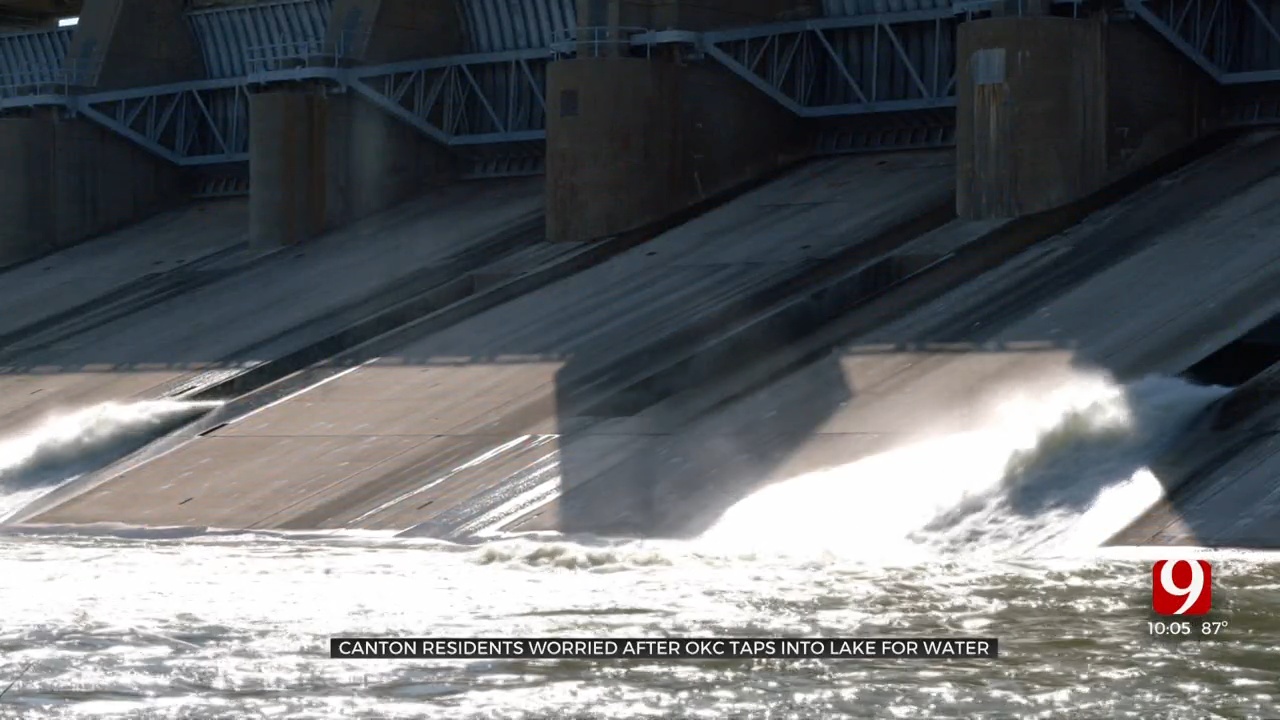 The metro's drought is reaching boiling point and forcing Oklahoma City to tap into a resource we haven't used in nearly a decade. It's coming at a cost to those living nearly 90 miles away.

Oklahoma City said they use five reservoirs to provide drinking water to Oklahomans, one being Canton Lake. Folks that live in Canton said they're worried this water release will lead to a bigger problem down the road.

The owner of Canton Foods grocery store Ron Chapdelaine said he’s been serving Oklahomans for over 20 years. He said they may serve the community, but Canton Lake is the town's anchor.

Chapdelaine said he was concerned when he found out Oklahoma City is taking 2 feet of water from Canton Lake to help increase Lake Hefner's water level.

“When it comes to Lake Hefner, it's down about four feet at this point and we're continuing to see about a one foot drop every week there, so we knew some action needed to be taken,” Michelann Ooten said.

The water will flow from the North Canadian River before making its way to Lake Hefner in a couple of days. Oklahoma City said this will help get all lakes to similar capacities.

“This is about ensuring drinking water for our customers,” Ooten said.

Chapdelaine said more than 5 feet of water was released in 2013 forcing the lake to close. He hopes that's not the case this time.

“They get a lot more rain than we get. I think it would be beneficial to wait,” Chapdelaine said.

Canton Lake also supplies water to Major County. Their economic development office said two feet will not impact the economy but if this continues that could change.