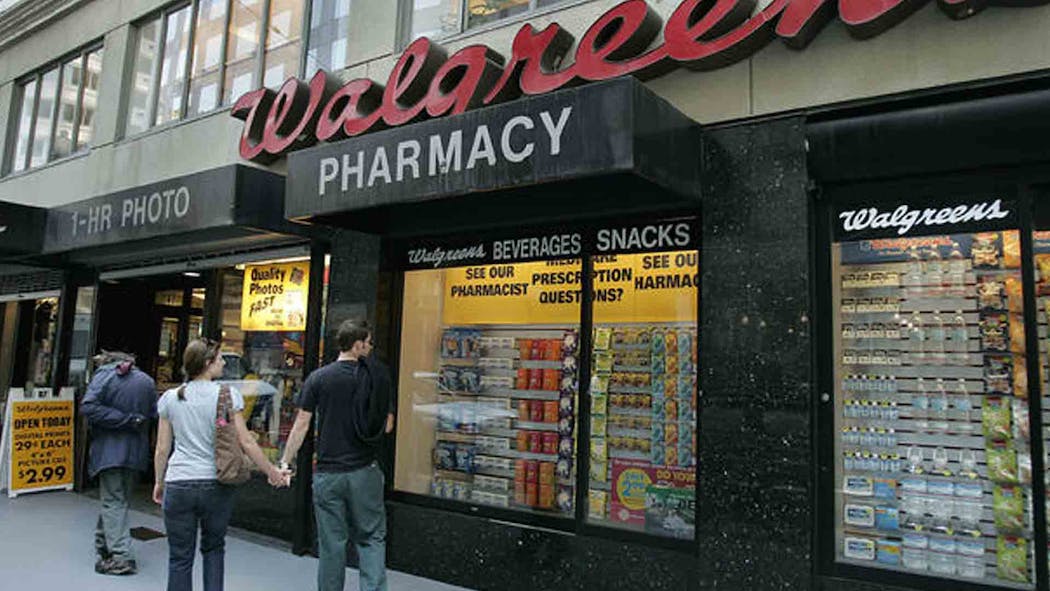 A federal judge ruled Wednesday that Walgreens can be held responsible for contributing to San Francisco's opioid crisis for over-dispensing highly addictive drugs for years without proper oversight and failing to identify and report suspicious orders as required by law.

San Francisco City Attorney David Chiu said the pharmacy chain "continually violated what they were required to do under the federal Controlled Substances Act," failing to track opioid prescriptions, preventing pharmacists from vetting prescriptions and not seeing "the many red flags of physicians and others who were dramatically over-prescribing."

"Pharmacists were pressured to fill, fill, fill," he said, "and as a result, Walgreens filled our streets with opioids."

"This decision gives voice to the thousands of lives lost to the opioid epidemic," Chiu said in a prepared statement cited by CBS News Bay Area. "This crisis did not come out of nowhere. It was created by the opioid industry, and local jurisdictions like San Francisco have had to shoulder the burden for far too long. We are grateful the Court heard our arguments and held Walgreens responsible for the damage they caused."

U.S. District Judge Charles Breyer wrote in his decision that from 2006 to 2020, "Walgreens pharmacies in San Francisco dispensed hundreds of thousands of red flag opioid prescriptions without performing adequate due diligence. Tens of thousands of these prescriptions were written by doctors with suspect prescribing patterns. The evidence showed that Walgreens did not provide its pharmacists with sufficient time, staffing, or resources to perform due diligence on these prescriptions."

He said the large volume of illegitimate opioid prescriptions contributed to the city's hospitals being overwhelmed with opioid patients, libraries being forced to close because of syringe-clogged toilets, and syringes littering children's playgrounds in San Francisco.

A Walgreens spokesman said the chain is disappointed in the outcome, which he said is not supported by the facts and the law. The chain told CBS News Bay Area it plans to appeal the decision.

"As we have said throughout this process, we never manufactured or marketed opioids, nor did we distribute them to the 'pill mills' and internet pharmacies that fueled this crisis," spokesman Fraser Engerman said in a statement. "The plaintiff's attempt to resolve the opioid crisis with an unprecedented expansion of public nuisance law is misguided and unsustainable. We look forward to the opportunity to address these issues on appeal."

San Francisco in 2018 sued Walgreens and drug manufacturers and distributors over the city's worsening opioid epidemic, saying they created a "public nuisance" by flooding the city with prescription opioids. All the other defendants previously settled with the city for a total of $114 million, including $54 million that opioid makers Allergan and Teva agreed to pay on the eve of closing arguments in the trial, leaving Walgreens as the sole defendant.

Wednesday's ruling did not include a ruling on monetary damages, which will be determined in a future trial.

The opioid epidemic has been linked to more than 500,000 deaths in the U.S. over the past two decades, counting those from prescription painkillers such as OxyContin and generic oxycodone as well as illicit drugs such as heroin and illegally produced fentanyl.

The surge in deaths has led to more than 3,000 lawsuits filed by state and local governments, Native American tribes, unions, hospitals and other entities in state and federal courts over the toll of opioids.

In San Francisco, Mayor London Breed declared a state of emergency last year in the Tenderloin neighborhood, saying something had to be done about the high concentration of drug dealers and people consuming drugs in public.

The city attorney's office says San Francisco saw a nearly 500% increase in opioid-related overdose deaths between 2015 and 2020 and that on a typical day, roughly a quarter of visits at the Zuckerberg San Francisco General Hospital Emergency Department are opioid-related.

In 2020, 712 people died of drug overdoses, compared with 257 people who died of COVID-19, according to the city health department.

A high percentage of an estimated 7,800 homeless people in San Francisco - many of whom pitch tents in the Tenderloin - are struggling with chronic addiction or severe mental illness, often both. Some people rant in the streets, nude and in need of medical help.

In May, Walgreens reached a $683 million settlement with the state of Florida in a lawsuit accusing the company of improperly dispensing millions of painkillers that contributed to the opioid crisis. Walgreens did not admit wrongdoing in its agreement with Florida and will make payments to the state over 18 years.

The company also faces litigation in Alabama, Michigan and New Mexico, among other states.

Deerfield, Illinois-based Walgreens Boots Alliance Inc. runs a network of around 9,000 drugstores in the United States. Walgreens and other prescription drug distributors have faced a slew of lawsuits over the opioid crisis.