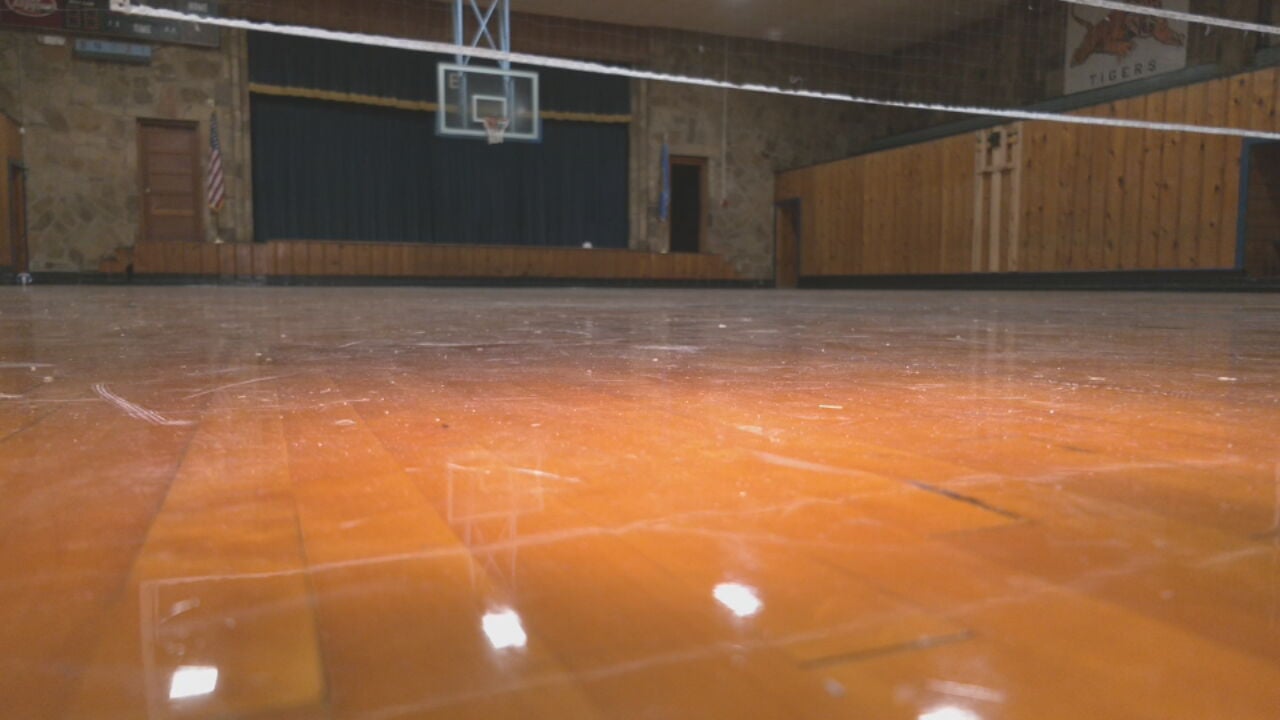 A small school district is asking for your help to buy much needed athletic gear and facility upgrades for its students ahead of the fall sports season.

Braggs Public Schools’ superintendent said fall baseball hasn’t had a real season in about decade, but now the district has a new coach who wants to restore the school's rich baseball history.

"This type of school in a small school program, you have small and spring baseball, which means you have 2 seasons and in that they have built a traditional winning through the years. In the 80s they won numerous state championships. In the 90s they were going to the state tournament, and they've been competitive all through the years. It's kind of become a lull here lately and we're trying to get them back to what that rich history has been," said Brad Davis, Baseball Coach.

"Schools that don't have football, need to be able to generate some kind of excitement in the beginning of fall semester and that's an option that a lot of small schools do is they offer fall baseball instead of football and it generates excitement among the kids and gives them something to do during the fall semester," said Chad Harp, Superintendent & Principal.

Now, the Wildcats are a diamond in the rough.

"We played 2 games last year," said Rake Beasley, Junior. "I just get really excited about [this season] because we have somebody that cares."

Brad Davis stepped up to plate as Braggs' new Baseball coach with 11 players on his Fall roster.

"Let's try. You know, let's, let's do what we can to get better because we're starting behind at 8 ball a little bit where we haven't had the necessary items or schedules and experience up to this point, so right now we're trying to get some excitement, some effort, some attitudes and let's just learn and grow, and practice and let's work. That's my expectations," said Coach Davis.

The district's Go-Fund-Me for its athletic department will help offset the number of fundraisers students, parents and staff must plan this year.

"If we don't raise this amount of money, it's not gonna be the end of the world. I put that in the fundraiser. Our kids are responsible, good kids raised by good parents. And you know, we're going to raise the money and the kids are gonna do some of that work and the parents with us," said Harp.

School leaders would like to eventually build a facility for the girls' softball team.

"We, for years, have played girls softball and boys baseball on the same field and they peacefully coexisted. And we know, have known for a long time that we need to add a separate facility that's more conducive to softball and meets their dimensions," said Harp. "They don't need a pitcher's mound, you know, on a softball field and it needs to be a separate facility and that's on our long-range plan to try to fix that. We're not gonna be able to do that through this fundraiser, but we've got a lot of equipment that we've had to buy. Catcher's gear alone is over $200. Easily."

Meanwhile the baseball program is basically starting from scratch.

"When you're replacing everything, I mean from your basics, your equipment, your field needs, trying to update your field, trying to get uniforms, trying to get all your basic needs, your net, it becomes pretty expensive so we're just trying to get everything we need for these kids to be successful," said Davis. "Our new day and age of all the protective equipment we need, all the different standards we have to meet with our chest protectors, our helmets, our catcher's equipment, everything, it's got to be up to a certain code. You have got to update it constantly and it is in you know our climate a pretty good chunk of change like everything else. You know, just kind of inflation."

Davis comes from a long career coaching baseball and is excited for the new gig. He said it's an opportunity to help a community in need and get to play more baseball with two seasons.

"Inspired always. You know, that's why you get into this business. You're inspired to help, create, to change lives. So, inspiration's always there or you wouldn't be in this business, but you're also a little nervous. You're stepping into the unknown. You know, you don't have exactly what you need," said Davis. "[...] You're wondering what the kids are gonna be like. The numbers and everything that you need. So, there's a little bit of nervousness too. So, it's inspiration with a side of nervousness, I guess."

Braggs' basketball team and volleyball team, which has only been around for three seasons, also need new equipment and uniforms.

"We've graduated a lot of seniors last year. They're very invested in the program, and we have new players this year so it's definitely just starting off and then rebuilding," said Scott Belcher, Girls' Volleyball Coach. "I've taught in districts that financially were better off. And yeah, I mean kids are kids. It doesn't matter where the kids come from or what their background is. We're a small school, but our kids still deserve to have those nice things," said Scott Belcher, Girls' Volleyball Coach.

Coach Scott Belcher said the floors in the new gym need replacing because of water damage.

"We could host tournaments. We could do other things and have a facility that people will want to come to, to play us," said Belcher.

"We're just as good as all the other big schools and people should care about us just as much as they care about them. And we just need all the help we can get because we don't have a lot of help," said Beasley.

The superintendent said since funding is determined by the number of students, every dollar in state and federal funding matter.

"The bulk of the funding that we get comes from state and federal sources and we don't have a big amount of taxes here. We don't have a lot of businesses. We heavily rely on per-pupil funding from the state and that's a very hot bed issue at this time of year. You know we've got some big elections coming up... August 23rd and in November, and a lot of us in rural education are very concerned about what could happen to our very small schools is vouchers happened to get voted in, in future years," said Harp.

Chad Harp said they aren't even the smallest district.

"We have a little over 50 in our high school. There are probably, I would say close to 30 schools in the state that are smaller than us. You know, the smallest one in the state is Freedom and I think they have an enrollment of about 14 in their high school. It's just different. It's very hard to make it in a lot of sparsely populated areas in the state," said Harp.

You can click here to donate to the Braggs School District.