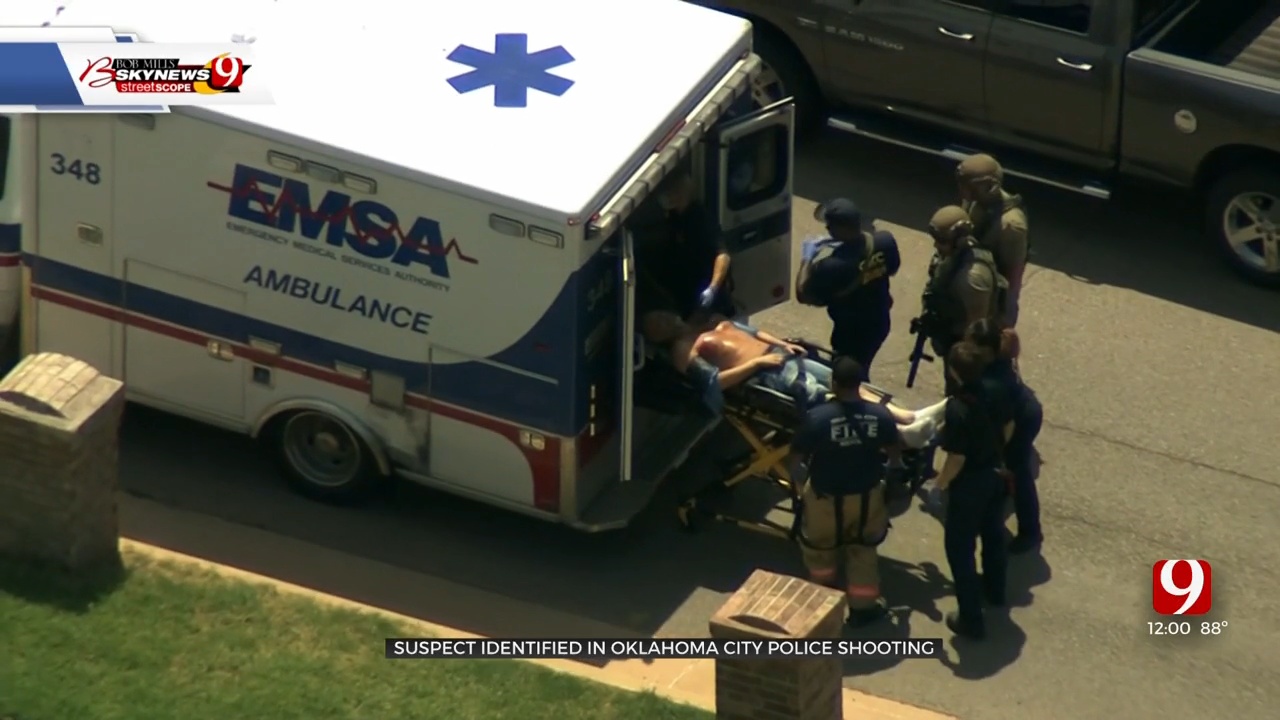 Authorities said 51-year-old Derek Dennis was armed on the porch of a home near Northwest 122nd Street and North Western Avenue looking for someone he used to know.

The homeowner, who was in Florida when she saw Dennis on a doorbell camera, called police with a description of Dennis.

Officers said Dennis fired one shot towards a nearby pond. OCPD officer Michael Poe then returned fire, hitting the suspect.

He will booked into the Oklahoma County Detention Center on an assault with a deadly weapon complaint.