Pavement Project Begins On Stretch Of Highway 169 Between Owasso, Collinsville 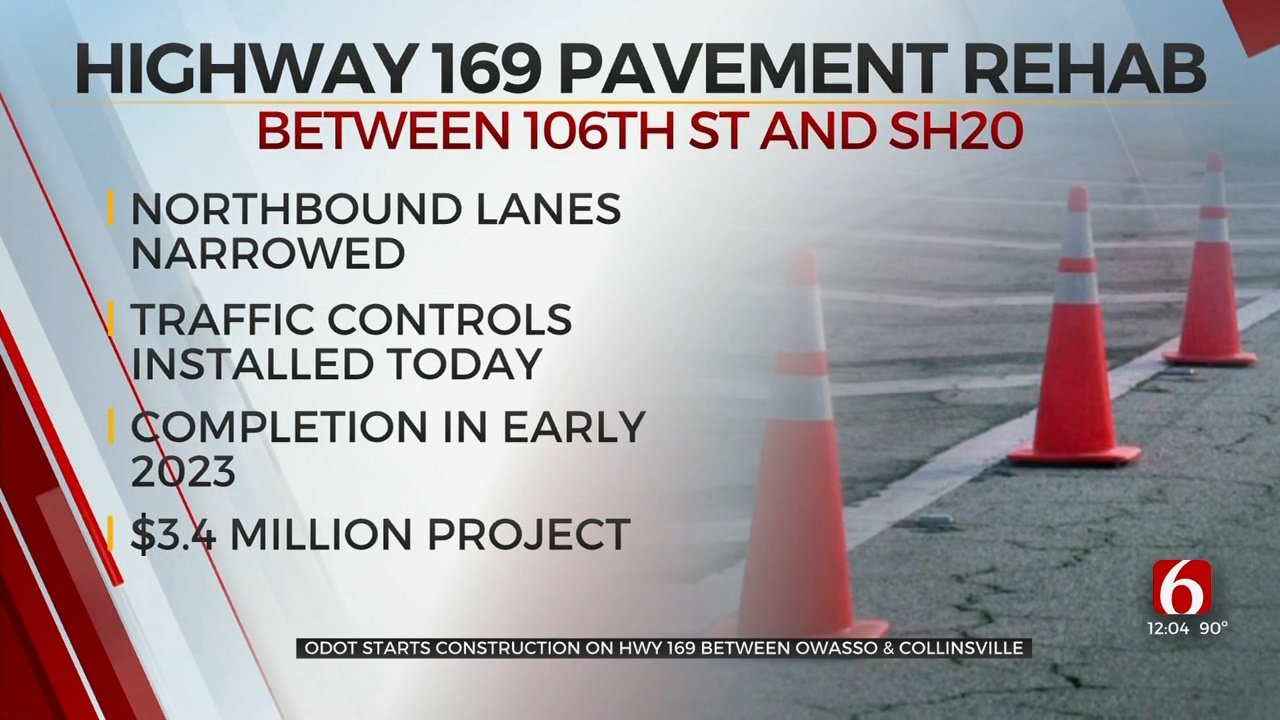 A new pavement rehabilitation project will force lane closures on a stretch of Highway 169 between Owasso and Collinsville. The project is expected to take nearly six months to finish.

ODOT says northbound traffic on Highway 169 will be narrowed to one lane between 106th Street in Owasso and Highway 20 in Collinsville. The rehabilitation project will address pavement that has been on the roads for nearly 35 years.

Crews just repaired the southbound lanes of this stretch of Highway in 2018. Drivers can expect traffic controls to be put out on Wednesday.

On-ramps and exit-ramps will also be addressed, but ODOT says no closures are expected. For northbound drivers coming from Tulsa, this will become the second area of construction in Owasso with the ongoing 76th Street project.

Drivers are asked to watch for speed reduction signs and pay attention through the work zones.

"The entire project is about four and a half miles in distance," said TJ Gerlach, an ODOT spokesperson. "We're only going to close down one lane about two miles at a time so there won’t be too much of a hazard for drivers."

ODOT says the price tag on this project is $3.4 million. It’s expected to be wrapped up in early 2023.

Pavement Project Begins On Stretch Of Highway 169 Between Owasso, Collinsville