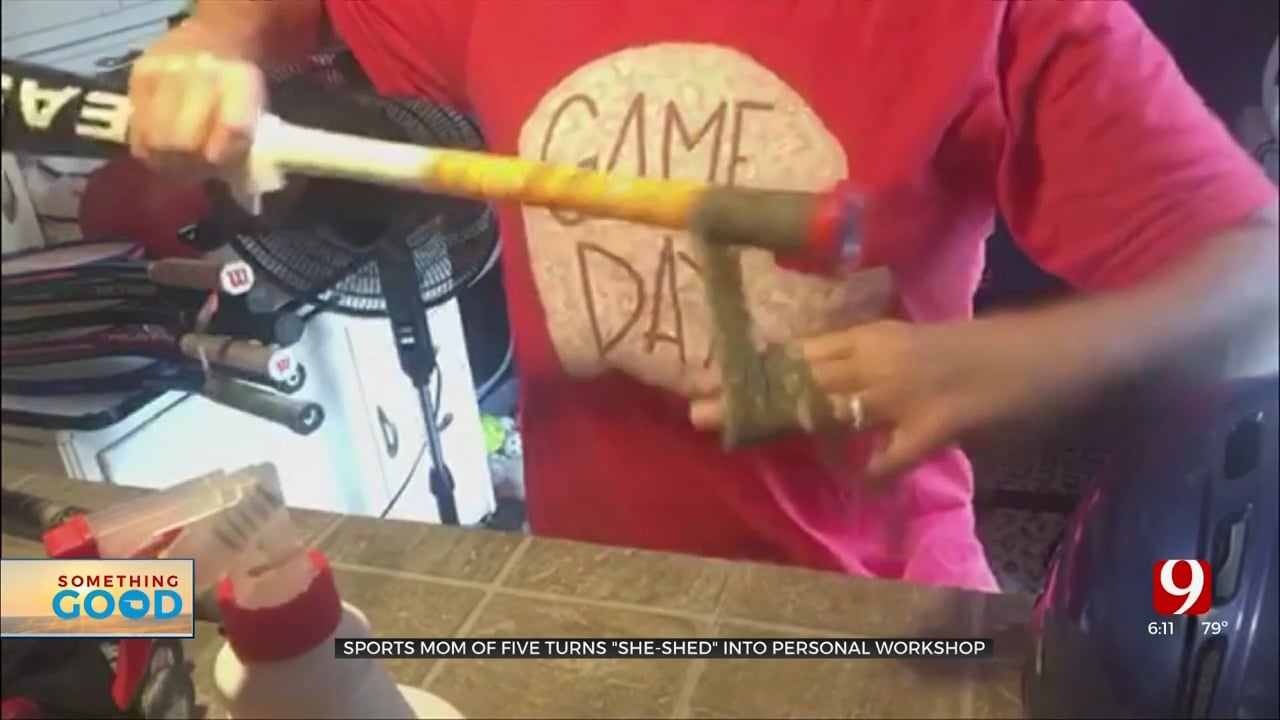 Shanon Jackson is a sports mom of five, and the one thing that really bothered her was a kid not having the equipment they needed to participate.

“Growing up as a kid, we didn’t have a lot of money,” Jackson recalled.

Jackson experienced firsthand how the lack of money can stop kids from playing sports.

“You can get into that sport, you can try out for that sport, but if you don’t have the gear to go along with it, then you can’t participate,” said Jackson.

Now a coach, Jackson started seeing those same signs she saw as a child.

“I’m over our Guthrie youth cheer, I noticed that some of our girls were actually needing cheer shoes, so I sort of started collecting used cheer shoes for our girls,” said Jackson.

She then noticed the problem was in every sport.

“I decided to start collecting more football and baseball gear and kind of donating what we had left over from our own kids,” said Jackson.

She started using her “She shed” as she calls it, cleaning and sanitizing used equipment for deserving kids to play sports.

“I literally scrub mud, and gum and all kinds of things off the bottom of cleats and things. I get out here with a wire brush and use lots of cleaner and deodorizer and sanitizer to clean them up and get them ready as new as possible for the next child,” said Jackson.

Now one year in, the foundation is having a real impact.

“I have a lot of single moms that are trying to raise, one to two to three kids and they are all in sports and you know they can’t afford the gear,” said Jackson.

She posts what equipment she has on her Facebook page and that has prompted other parents to donate as well.

“Oh my God, the people that have it are just so willing to donate all of the gear that they have been collecting themselves,” said Jackson.

Jackson has seen how kids in sports typically keep their grades up and understand the accountability to the team and has plans to expand outside of sports.

“My goal is to have a bigger she-shed and have to where I can carry like band instruments for children that need it from junior high to high school,” said Jackson

If you’re in need of sports equipment or would like to donate you can reach her through her Facebook page at Lets Play It 4ward.