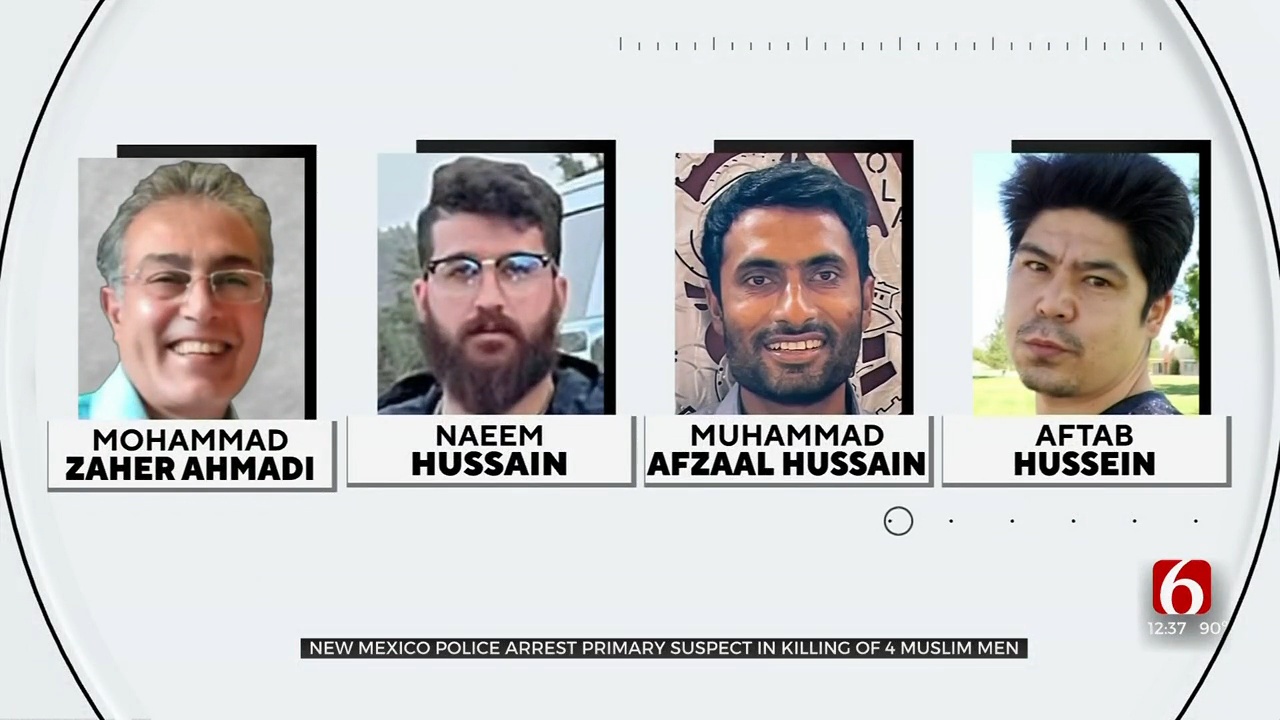 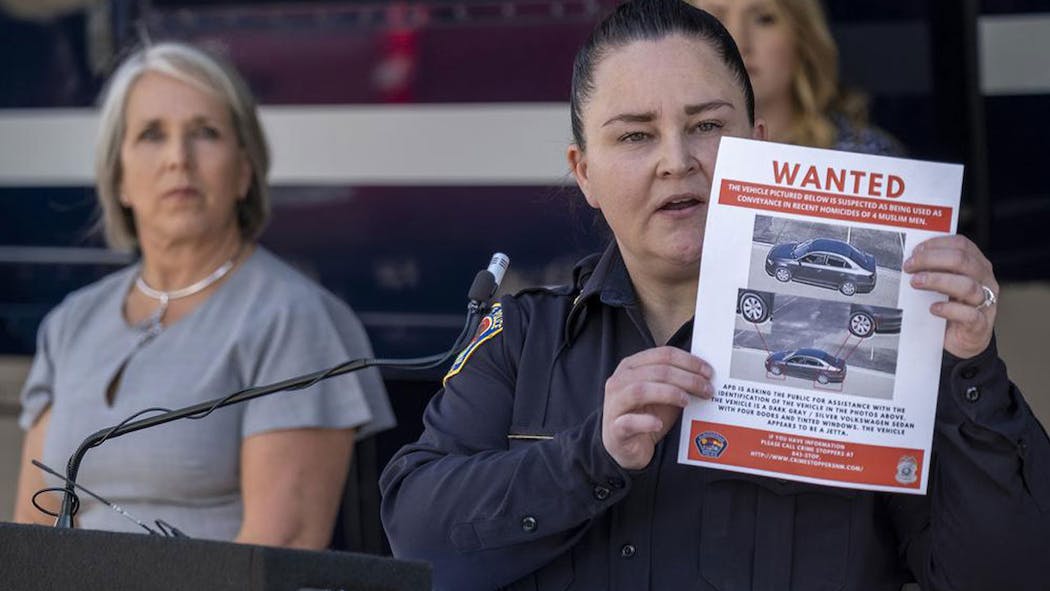 A man has been detained and charged with murdering two Muslim men, Albuquerque police announced Tuesday. Four Muslim men have been killed in the city since November, and authorities believe the suspect may eventually be charged in the other two murders.

Muhammed Syed, 51, was identified as the "primary suspect in the recent murders of Muslim men," police said Tuesday, and charged with murdering Aftab Hussein on July 26, and Muhammad Afzaal Hussian on Aug. 1. Detectives connected the two cases using bullet casings found at the two scenes. They are still investigating Syed's possible involvement in the murders of Naeem Hussain on Aug. 5 and Mohammed Zaher Ahmadi on Nov. 7.

A tip from the public led authorities to Syed. When they went to search his Albuquerque home, they say he fled in a Volkswagen Jetta, which authorities had already told the public they were looking for in connection to the murders.

They eventually took Syed into custody near Santa Rosa, New Mexico. Authorities also searched his house, where they say they found multiple firearms, including the one believed to have been used in the two murders he has been charged for

Syed appears to have known his victims, police and the FBI said.

"We tracked down the vehicle believed to be involved in a recent murder of a Muslim man in Albuquerque," Medina wrote. "The driver was detained and he is our primary suspect for the murders."

Police on Saturday said they were looking for a dark-colored, four-door Volkswagen, possibly a Jetta or a Passat, with tinted windows and possible damage.

"We've learned some about what's happened, we've had some leads," Keller told reporters Sunday. "We have a strong lead, a vehicle of interest. We don't know what it's associated with or who owns it."

The string of murders has shaken the Muslim community in Albuquerque. Police on Sunday said it was too soon to know if the murders would be classified as hate crimes.

On Saturday, the Council on American-Islamic Relations (CAIR) announced a $10,000 reward for information leading to an arrest.

In a Tuesday statement, CAIR thanked law enforcement for the arrest and wrote that it hopes "the news that this violence has been brought to an end will provide the New Mexico Muslim community some sense of relief and security."

"Although we are waiting to learn more about these crimes, we are disturbed by early indications that the alleged killer may have been targeting particular members of the Shia community," the statement read. "If this is true, it is completely unacceptable, and we encourage law enforcement to file any appropriate hate crime charges against the suspect."

Law enforcement officials have not confirmed any specific motive for the killings.