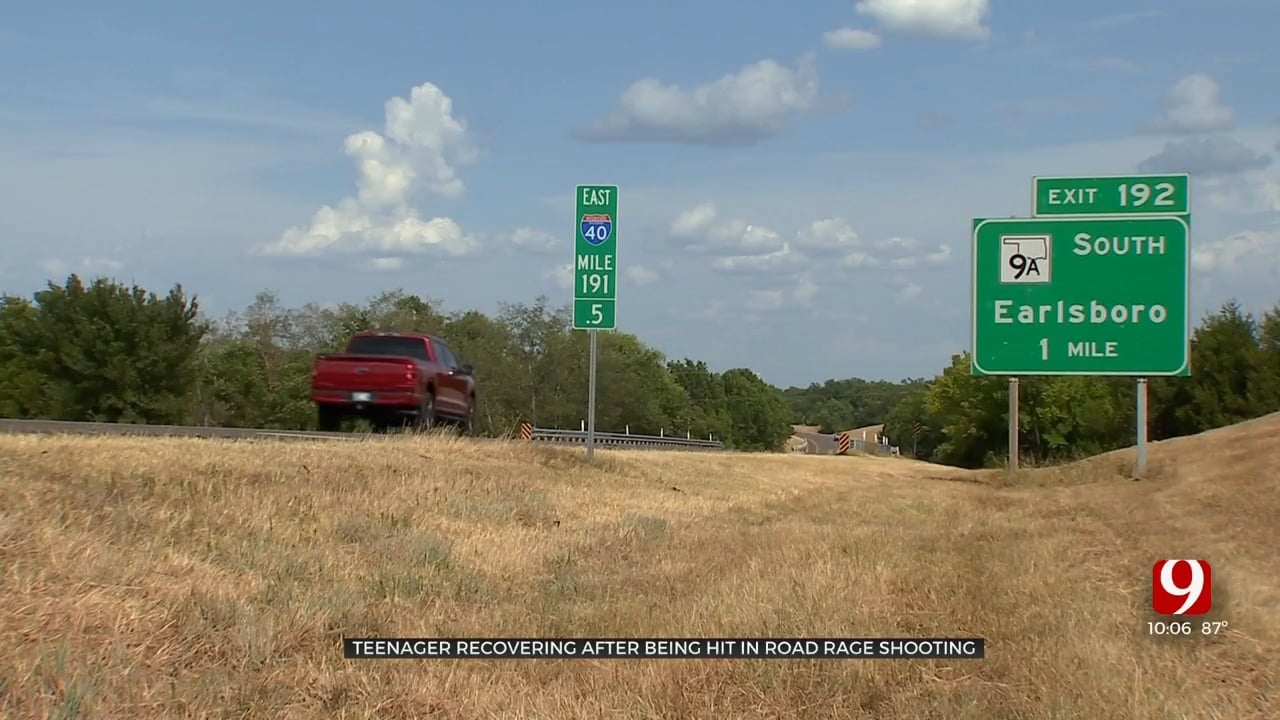 An 18-year-old is recovering at an Oklahoma City hospital after being shot during a road rage incident in Pottawatomie County.

One or multiple suspects shot at two teenagers on I-40 between the Grand Casino and the exit for Highway 9A, towards Earlsboro, according to authorities. The shooting happened between 11:30 p.m. and 12:00 a.m. Saturday evening.

Pott. County Deputies said in a Facebook post the suspect was driving a small, dark-colored SUV with a roof rack. The car may have had Texas license plates.

“The suspect(s) vehicle encountered the victims by tailgating them and flashing bright lights at them twice between the Grand Casino and the Earlsboro exit before shooting at them,” the PCSO post read.

Deputies are asking for anyone who witnessed the incident to contact the PCSO.

Adrianna O’Daniel told News 9 she was behind the wheel when the suspect shot multiple rounds into the car. The passenger, Madison Gates, was shot in the neck.

"I look over as I am dialing 911 and she's just slumped over, So I just started yelling her name," said O'Daniel. "She started fluttering her eyes and I just grabbed her hand."

Anyone with information is asked to contact the Pottawatomie County Sheriff’s Office by calling 405-273-1727 and speaking to Lt. Steven Sample. Information can also be submitted by sending an email to steven.sample@pottawatomiecountyok.gov