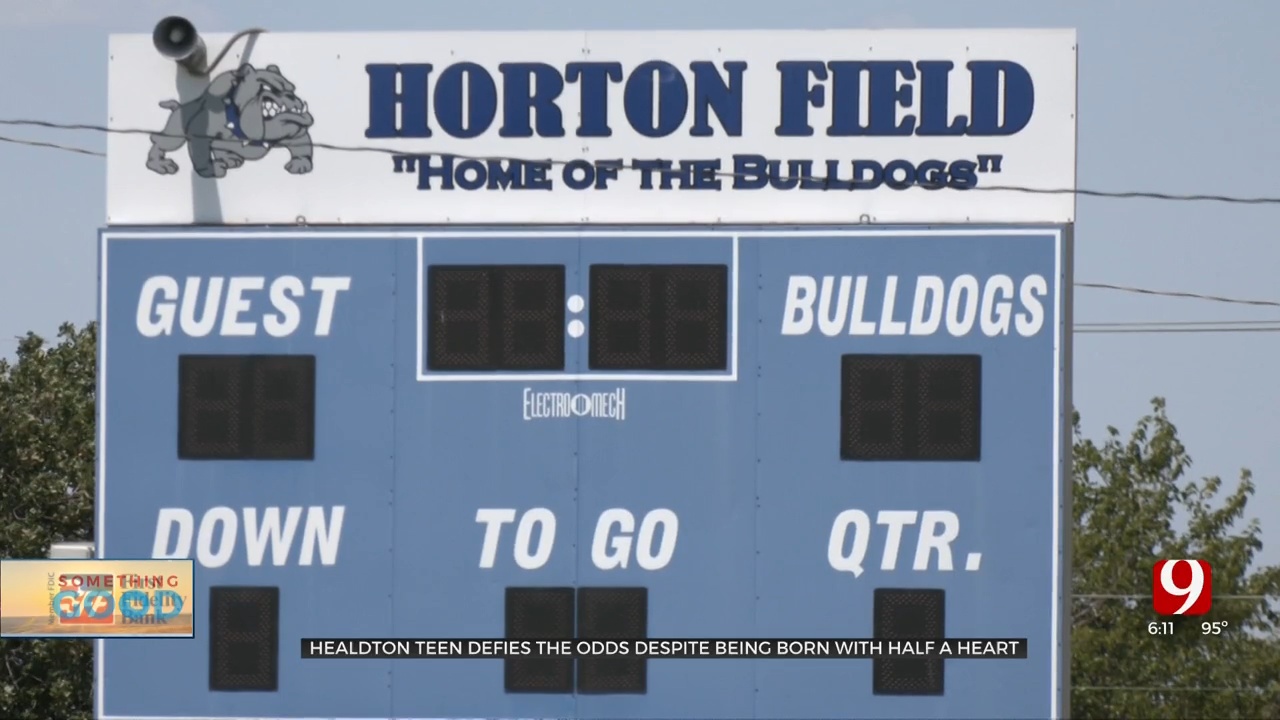 Clay Pickelsimer was born with half a heart and at one-point, doctors weren’t even sure if he would live, never mind the quality of life he would have.

“We took him to the doctor three different times, and they all kept missing the diagnosis,” said Amber Pickelsimer, Clay’s mother.

Doctors finally diagnosed Clay as having half a heart.

“About six months later he went in for a heart cath and had a stroke, and then he had two more open heart surgeries and he had his fourth one at eighteen,” said Amber.

After the first procedure Clay’s parents were told by doctors, he would never play sports, but by third grade he had convinced doctors he could.

“I was only supposed to be kicking and I kicked the ball and ran down the field and got the tackle, and I wasn’t supposed to do that, and after that I just pretty much just started playing full on tackle,” said Clay Pickelsimer.

Clay played football three more years of football but was forced to stop due to more heart surgeries. That’s when he turned to his other passion, dirt bikes.

He’s now starting his senior year of high school, with one thing on his mind – football, but there was one hurdle standing in his way.

“Sat there in the doctor’s office for a little bit and then my mom was like alright, ask him the question Clay, and I was like, you think I can play football this last year, full contact and everything?”

And to him and his mother’s surprise his doctor said yes.

“I don’t want to hold him back from his dream, so I will sit there and hold my breath and pray through the whole game,” said Amber.

“He’s come out and worked his butt off all summer and he given us everything he has, and I expect him to help us this year,” said Tanner Richardson, Head football coach at Healdton.

After so many years on the sideline he’ll be ready for his first game at the end of August.

“So that’s means I’m going to have to bring it to them, so I don’t get hit too hard,” said Clay.

He will have to wear a protective vest for his pacemaker, but is excited to play and live out his dream for his senior season

“It’s kind of like something you hear from a movie, kid gets to play his senior year, and I get to experience one more year with my friends and it can’t get much better than that,” said Clay.

It is very likely that at some point Clay will have to be put on the donor list for a heart and liver transplant, but that’s down the line. Right now, he’s all about living life to the fullest.