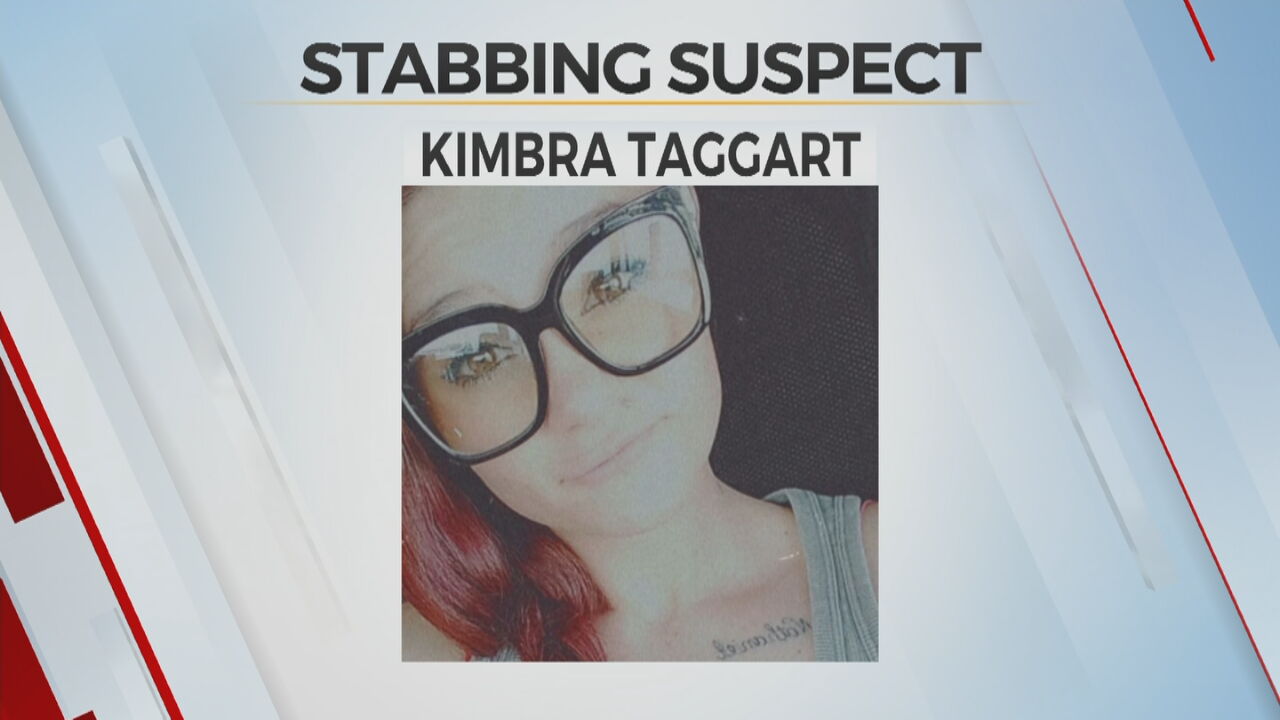 Collinsville police have arrested 23-year-old Kimbra Taggart, who is accused of stabbing someone on Monday in Washington County.

Washington County investigators are asking for the public's help finding a woman who is accused of stabbing someone on Monday.

Investigators say they are searching for 23-year-old Kimbra Taggart.

According to investigators, Taggart has brown hair with pink, purple, or red in it and also has several tattoos.

Taggart was last seen in Bartlesville, and may be headed to Texas.

Investigators ask that anyone with information on the whereabouts of 23-year-old Kimbra Taggart, call the sheriff's office at (918)-332-4000.