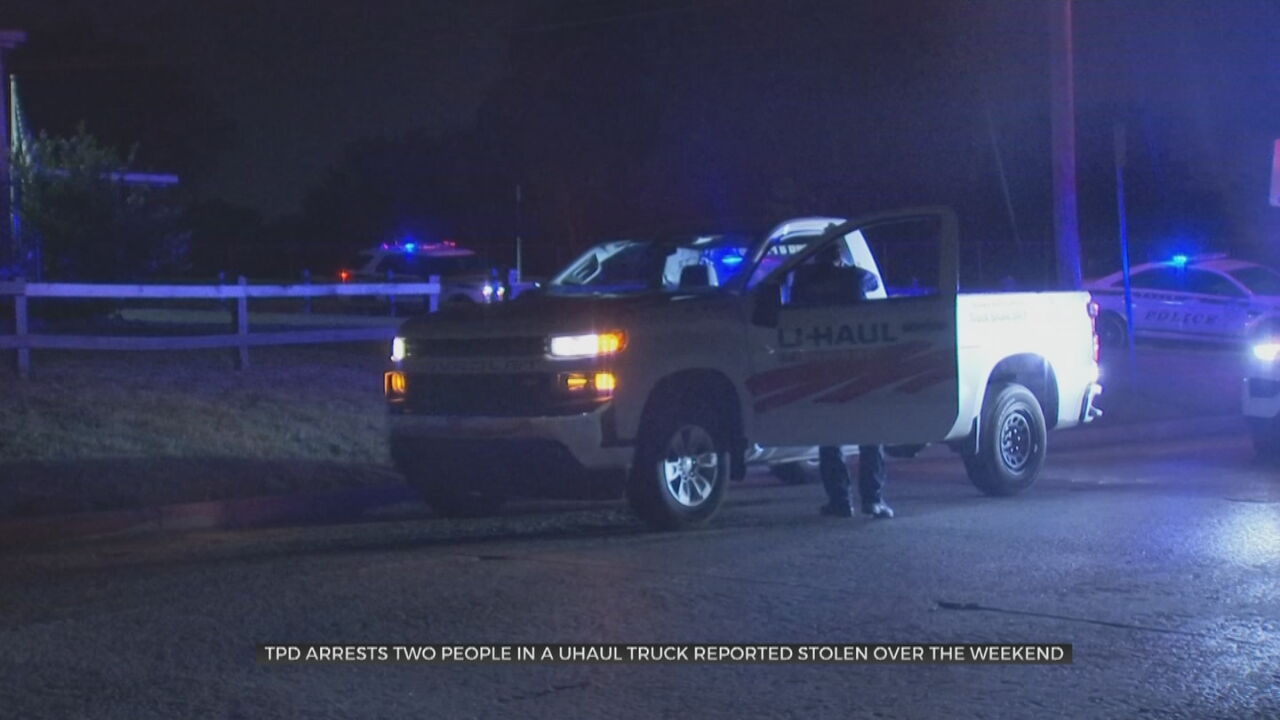 Two people are in custody on Monday morning accused of driving a U-Haul truck that had been reported stolen, according to Tulsa Police.

According to police, an officer ran the truck's tag a found it had been reported stolen over the weekend. The officer stopped the truck and the man and woman inside were arrested.

Officers say the man driving had warrants in Tulsa and the female passenger had felony warrants in Rogers and Delaware County.

Police have not yet identified the two who were arrested.