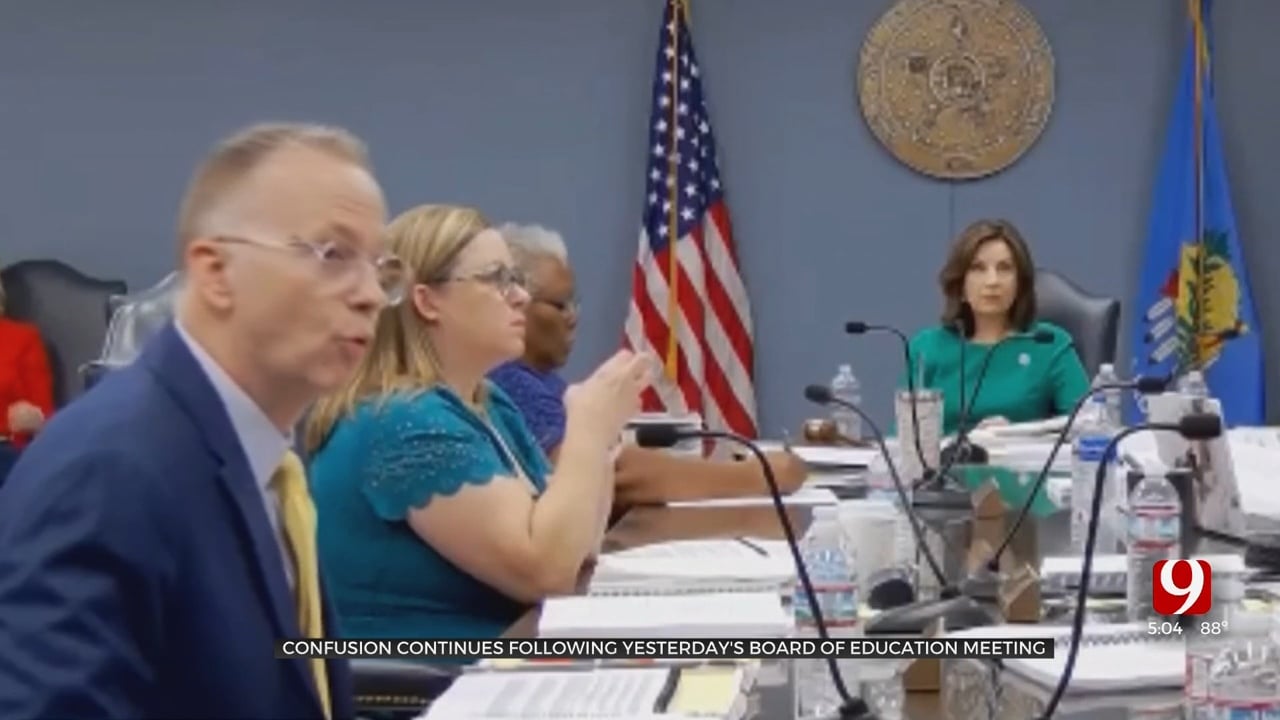 The results of Thursday’s state board of education meeting are drawing strong reactions both on the votes that were made and what happened during the meeting.

It was a contentious five-hour meeting.

The board voted 4-2 to diminish the accreditation status of Tulsa Public Schools to “accredited with warning.”

The warning comes after concerns a third-party vendor training violated state rules that prohibit teachings about race and gender in K-12 classrooms.

“How can one teacher’s feelings of guilt or shame detract from the quality of an entire district school education program? I do not agree,” said board member Carlisha Bradley who voted against the change.

Mustang Public Schools was also accredited with warning Thursday due to a House Bill 1775-related complaint which was a shock to the district.

“The events of yesterday’s State Board of Education meeting sparked fear among OEA members…yesterday’s State Board of Education meeting highlighted the fact that the vagueness in HB 1775’s language presents unnecessary challenges to an already stressed system,” the statement said. “This lack of respect for our educational professionals further exacerbates the major issue at hand: the educator shortage crisis.”

People in the community took notice of the unusually contentious board meeting.

Amy Boone is a community advocate for Western Heights Public Schools and has previously worked with the state board.

"It was just hard to watch,” Boone said. “I saw board members acting in ways that I had never seen them acting before. The state board has always been responsive to Western Heights. It just seemed like it all got very political very fast.”

The board voted to put nine school districts on probation, including Western Heights, EPIC Charter Schools and Ninnekah Public Schools.

The board voted to overturn the Western Heights local board vote to get rid of a state appointed legal resource.