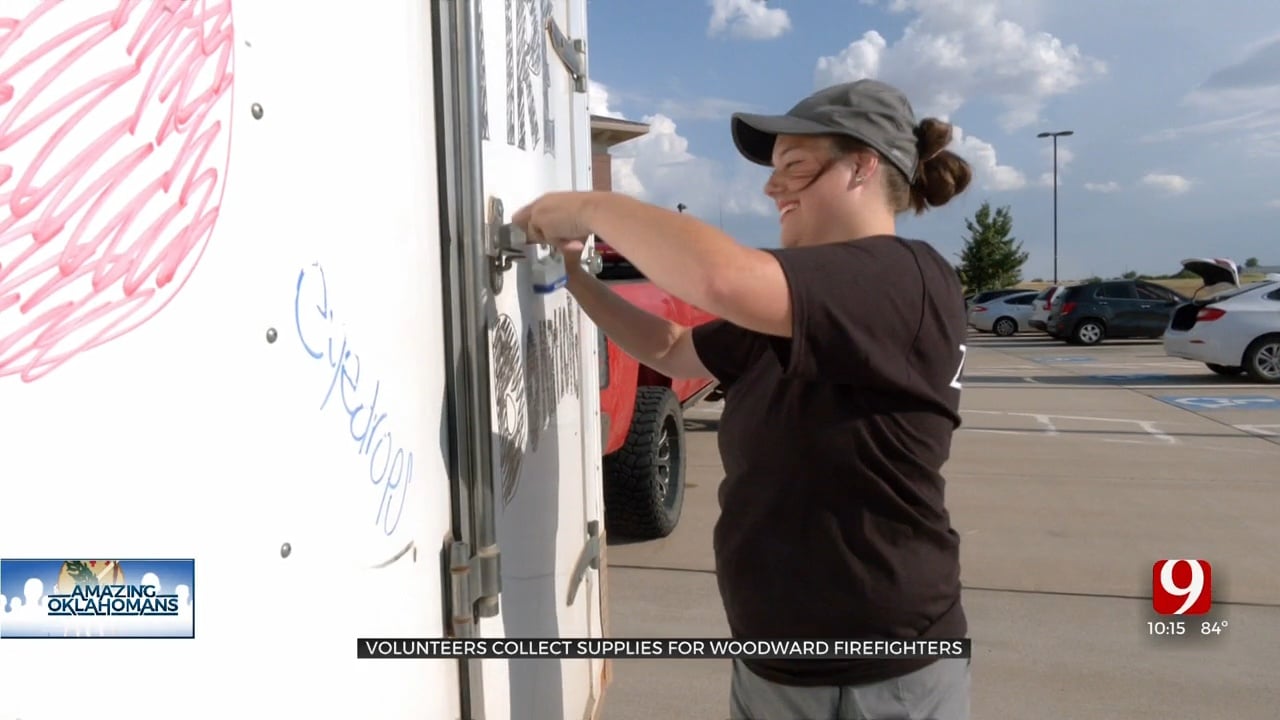 The Oklahoma State Firefighters Association Women's Auxiliary should be in Woodward by now. They said crews are going through supplies to fight the massive fire.

“The heat has been extreme. It's been a bit better today but imagine wearing a heavy coat and long pants in this 100-degree heat and that's what they're dealing with,” Matt Lehenbauer said.

Courtney Thompson is bringing firefighters a monetary donation along with a trailer full of donations. They're hoping the supplies will bring them some relief.

“I absolutely love doing stuff like this donating my time and my resources because not everybody can,” Thompson said.

She said supporting first responders is something she's done since she was a little girl with her mom. Thompson said she started collecting donations earlier this week.

“Growing up, watching my dad as a volunteer firefighter for 32 years it was our auxiliary that took out water and food on big fires like this,” Thompson said.

Matt Lehenbauer said most of the firefighters helping are volunteers, so they rely heavily on community support.

“They do appreciate that's universal throughout Oklahoma and definitely supports the Oklahoma standard,” Lehenbauer said.

Lehenbauer said they're in pretty good shape when it comes to supplies and fighting the fire. They're hoping for rain tonight to knock out most of the flames.