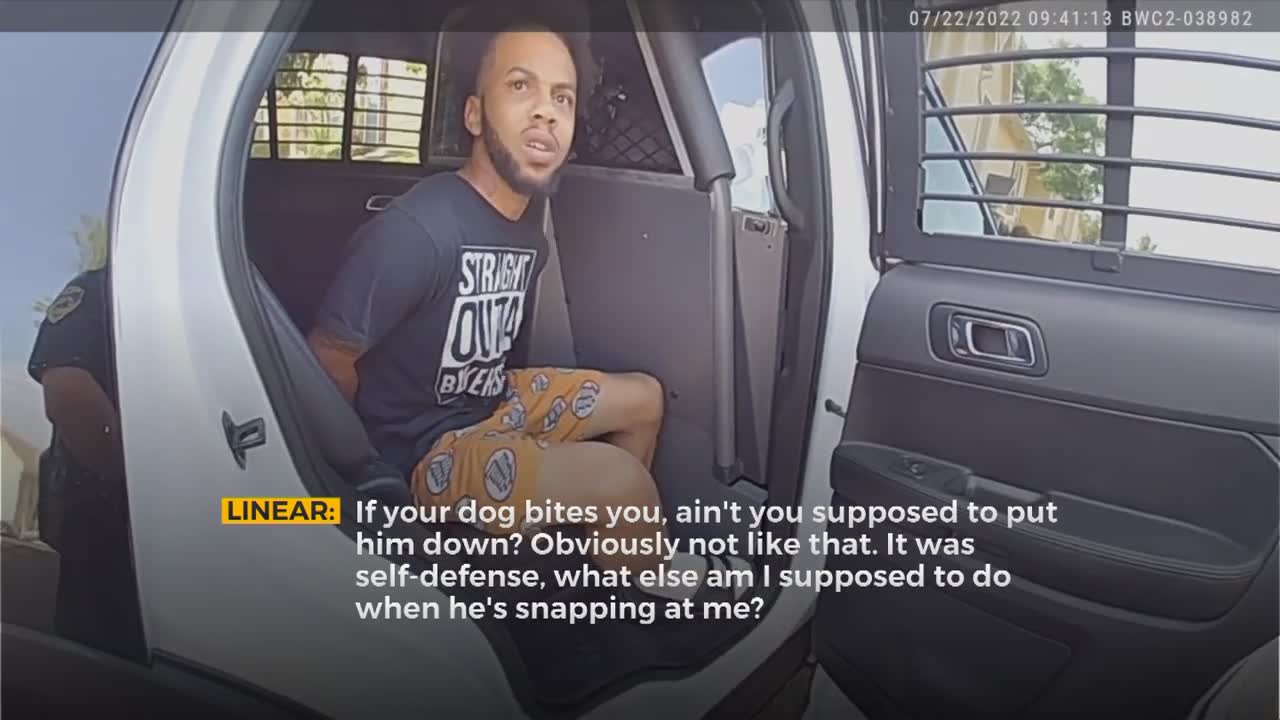 A Warr Acres man was arrested after reports show he claimed he stabbed his dog to death in self-defense.

Police were called to a Warr Acres apartment Friday after tenants reported hearing the dog's screams and then discovered the animal in a dumpster.

According to management the dog's last moments may have been documented.

The dog's owner is captured on video emerging from his apartment after police threatened to force their way in.

Once outside Tejaun Linear claimed to be the victim after the dog bit him.

“If your dog bites you, ain't you supposed to put him down? Obviously not like that. It was self-defense, what else am I supposed to do when he's snapping at me?” said Tejaun Linear.

His reasoning earned him zero sympathy from a neighbor and dog lover.

“That's disgraceful. Just throw it away like it's trash? That's a life, it's not a human life, but still a life,” said neighbor Tracy Turner.