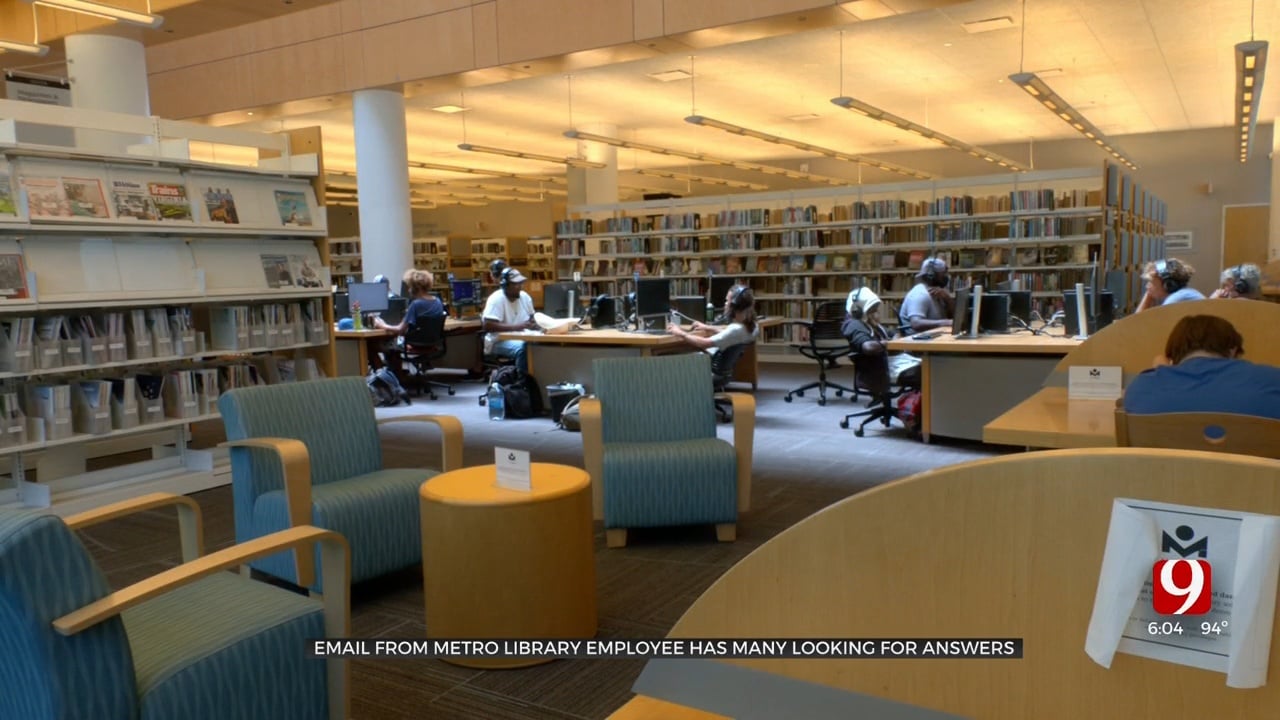 An email from a metro library employee has been circulated online. There are many in the community looking for answers.

The email came out Monday and told employees not to say the word “abortion” when helping patrons.

News 9 spoke to officials who say the email doesn’t tell the whole story.

Metropolitan Library Systems said that email is not their policy and the person who sent it misconstrued the legal team’s advice. Even though abortion is banned in the state, everyone can still talk about it inside the library.

Even with their clarification, this is uncharted territory for Oklahoma librarians.

"The law was just recently signed. There's no precedence, there's no case law, so it is not clear exactly how the law will be applied," said Metro Library Systems Executive Director, Larry White.

Librarians, surrounded by nothing but information, are not sure what they can share in wake of state abortion bans.

"It's really murky the aiding and abetting. At first they thought if they gave information from the library about abortion, they might be aiding someone getting one," explained News 9 Legal Analyst, Irven Box.

On the other side of that scale, abiding by state laws.

"Staff brought to our attention that they might have some liability under the new law and asked us to investigate the liability," White explained.

White said they immediately consulted with lawyers who told them to put a pin in the topic till they get a better handle on it.

"Part of that message was lost somewhere in translation."

That led to the email with incorrect policies being sent out.

The Metropolitan Library System says the email was not sent out by officials. MLS sent out two emails clarifying their policies following up on how their employees should approach the subject.

“People come in and say, ‘what does this term mean? What is it legally defined as? Is there any science on it?’ and we can look those things up because they’re factual,” said White.

Libraries also do not keep track of who searches what on their computers, and other than pornography, no websites are blocked.

The AG never responded to our questions regarding ‘aiding and abetting’ and abortion.

For more about the information services clarification, click here.