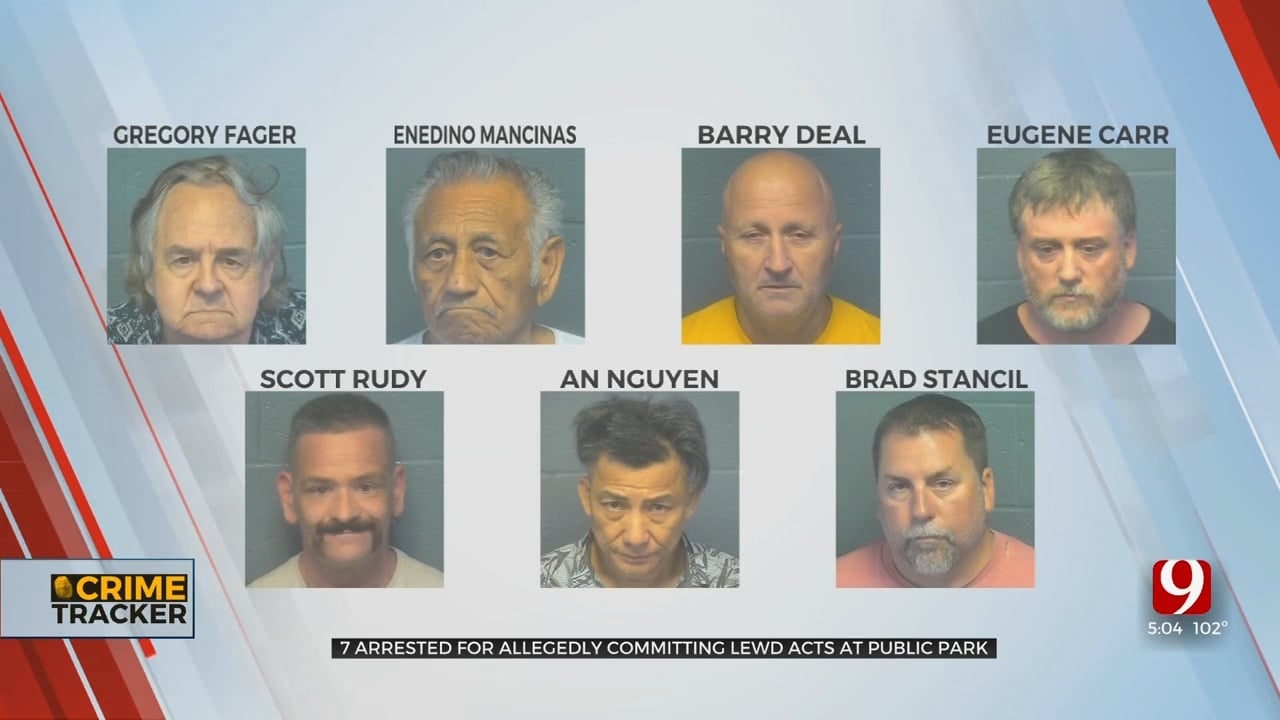 Oklahoma City police responded to the public's outcry over alleged sex crimes at a metro park. The vice unit went undercover on Wednesday at Trosper Park near southeast 29th and Eastern Avenue where seven suspects were arrested.

The triple digit heat and ongoing criminal behavior had families staying indoors, away from Trosper Park. Sky News 9 flew over the area on Thursday and found very little activity, only a few parked cars.

Police said during the evening hours is when visitors come out, along with undercover officers from the city's vice unit.

“When a citizen calls us and tells us there’s lewd behavior at a city park, regardless of which park it is in the city,” said Msgt. Gary Knight, Oklahoma City Police Department. “Our units will respond and take appropriate action.”

That was exactly what officers did at Trosper Park. The first arrest of the night was made just after 7 p.m. Police caught 81-year-old George Fager inside his car allegedly exposed and touching himself. Six arrests followed Fager. Police said two men caught together performing lewd acts in a car.

“Where anybody can see it typically,” said Knight. “There’s some wooded area there, sometimes it involves that. Sometimes they’re in cars.”

All the suspects' cars were impounded, and the men were arrested on misdemeanors.

Police said this was not the first undercover sting to happen at Trosper Park and likely will not be the last. Officials warned anyone with plans to commit lewd acts and are caught will be arrested.

“It’s important to note the vice unit will continue to monitor that park,” said Knight.

None of the arrested men arrested had prior sex crime arrests or convictions in Oklahoma. The suspects have not been formally charged by the Oklahoma County District Attorney.