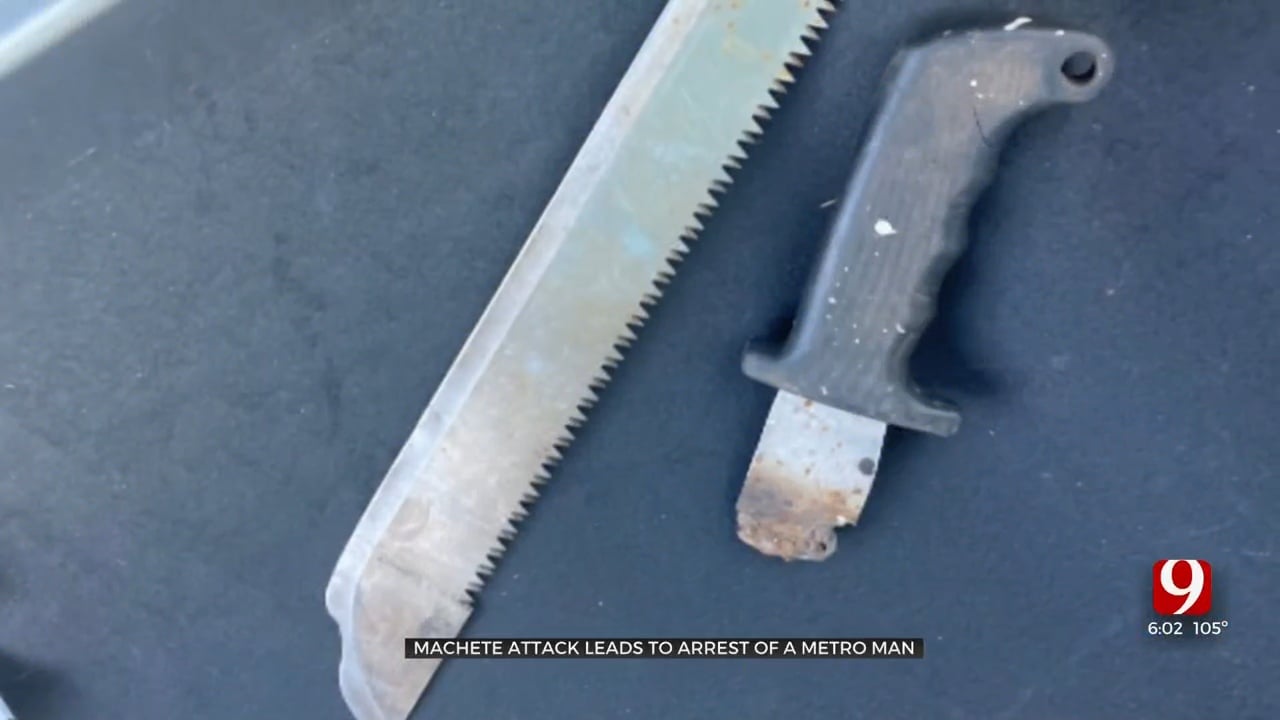 Oklahoma County deputies responded to a fight between a Harrah couple Wednesday evening.

It started with a fight over a refrigerator.

Small triggers turning into explosive fights is an issue domestic violence experts see more of during the summer months. When including the added stress of kids being home to the intense heat, a heated fight in an already violent home can make it that much more unstable.

A frantic call came into Oklahoma County deputies from a home on North Dobbs Road.

"The caller had told us that someone was threatening them with a bow and arrow and then that call was lost," Oklahoma County Sheriff’s Office public information officer Aaron Brilbeck said.

911 dispatchers scrambled to get the caller back on the line.

"When they called them back again, they found out that somebody had stabbed somebody else with a machete," Brilbeck said.

Jason Spike, the man police said had the machete, ran off into the woods before he surrendered. Spike then told deputies how the fight started between he and his girlfriend.

"Apparently, he was mad over a refrigerator that he felt the was entitled to,” Brilbeck said. “She felt that she should have the refrigerator.”

"We see rates of violence increase during those time periods, so we do see influxes of violent crime in the summer,” Young Women’s Christian Association Oklahoma City chief programs officer Angela Beatty said.

Beatty said the around the clock heat can add fuel to the fire.

"So when we think about somebody who already has the propensity for violence, being more irritable, less sleep due to the heat because it's warm in the evening as well,” Beatty said. “And so that can all lead to someone being more irritable, more unpredictable and increasing rates of violence.”

Deputies arrested Spike on assault and battery with a deadly weapon and destruction of property complaints. The person police said he stabbed is expected to be OK.

For domestic violence resources from the YWCA, click here.