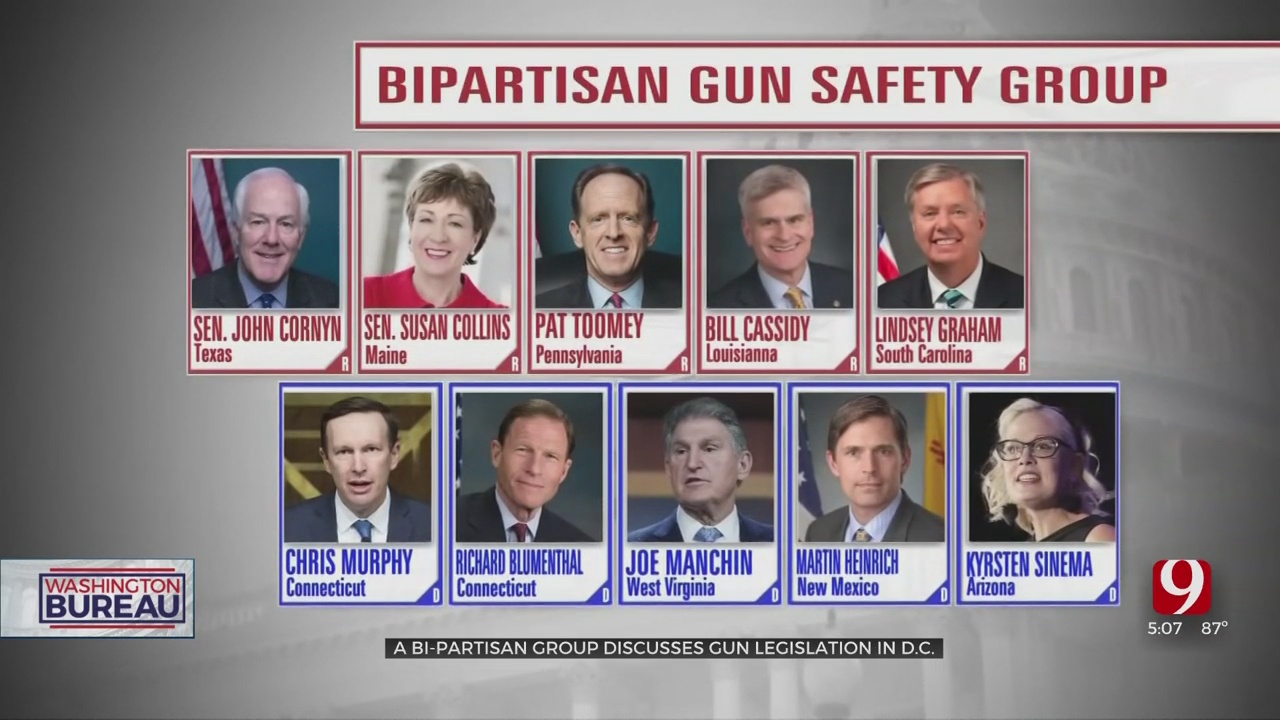 A bipartisan group of U.S. Senators is moving forward with efforts to find common ground on new gun control legislation in the wake of last week's deadly mass shooting in Uvalde, Texas.

Republican Senator John Cornyn and Democratic Senator Chris Murphy were expected to meet virtually Tuesday, the same day that the first of the 19 children killed in the shooting were being laid to rest.

The two sides are reportedly discussing possible legislation to close loopholes in federal firearm background check requirements, as well as a red flag measure that could allow judges to take guns away from people deemed to be a risk.

During a trip with First Lady Jill Biden to Uvalde Sunday, President Biden promised residents he would “do something” to address the problem of school shootings. Biden said he believes some Republicans are willing to act now.

"I think there is a recognition on their part that we can't continue like this," Biden said Monday.

Neither Oklahoma Senator is part of the group negotiating a bill.

"In light of what happened yesterday, I'm open to things that I will determine will be helpful to solving the problem,” Senator Jim Inhofe (R-OK), who’s retiring at the end of the year, told reporters last Wednesday.

In a statement Tuesday, Sen. James Lankford (R-OK) said: “What happened in Uvalde was horrible, evil, and absolutely heart-breaking. It deserves a thoughtful and careful evaluation of where we really are as a nation—not a rushed political response for the sake of just ‘doing something.’ We have a moral responsibility as Americans to respond to this moment while not jeopardizing clear constitutional rights.”

While the Senators meet, House Democrats are working on their own package of gun control measures. The bills will reportedly be marked up in the House Judiciary Committee Thursday and could be brought to the floor for a vote next week when members are back at the Capitol.