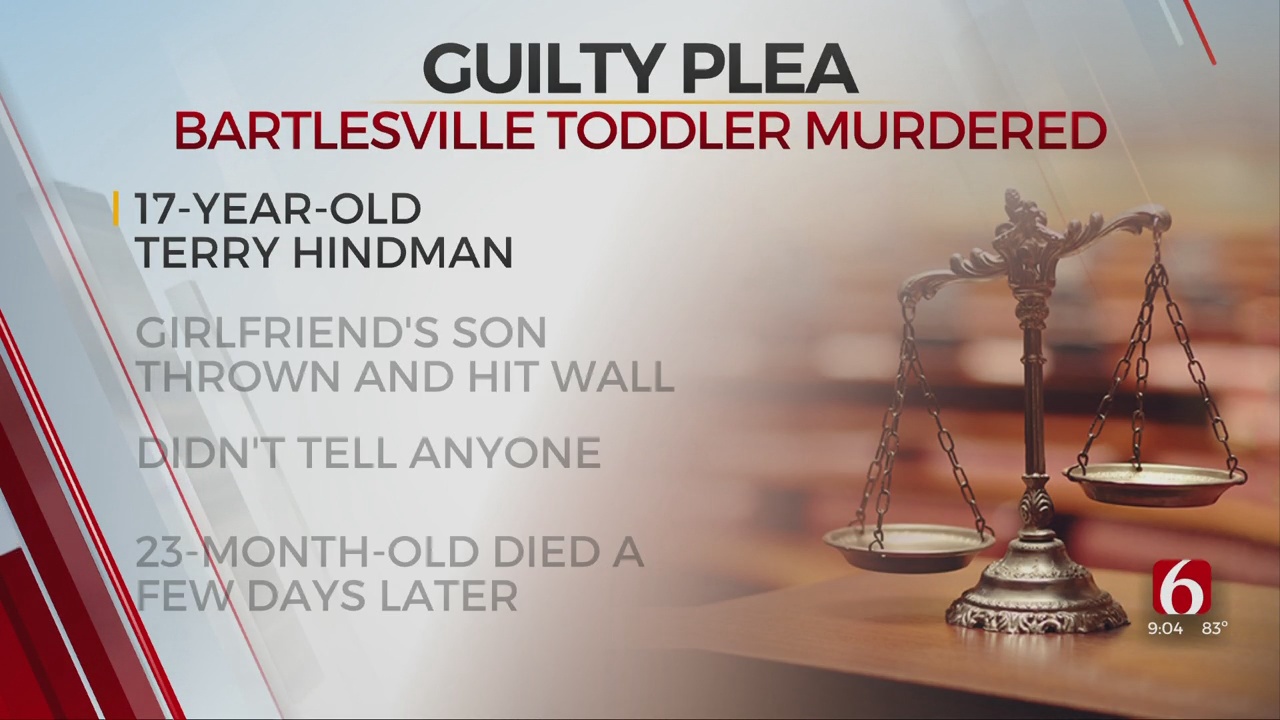 Terry Hindman was at his girlfriend's house eight months ago to look after her toddler.

He admitted to throwing the boy in a plea agreement.

The child landed head-first onto a table after his head hit a wall.

Hindman didn't tell anyone what happened, including the doctors at a hospital who looked at the boy that day.

The toddler died days later from his injuries.

Hindman could spend the rest of his life in prison for second-degree murder.