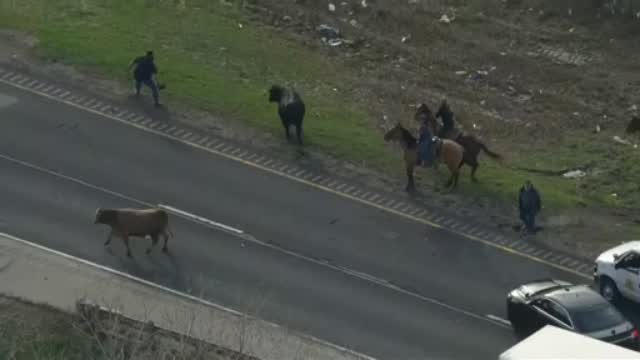 Cows On The Loose In Chicago

Illinois State Police said, around 3:40 p.m. troopers responded to a crash involving a cattle hauler on I-80 near Houbolt Road. Several cows ended up on the loose in the eastbound lanes.

About two or three dozen head of cattle were onboard the livestock carrier.

Several animals did not survive the crash and were thrown onto the road and median.

Others escaped and were held at bay in two separate pens made up of vehicles.

At one point, four cowboys on horseback were called to wrangle a couple of cattle that had escaped. About six others had been caught by 5:50 p.m.

Several heavy tow trucks have responded to the scene to begin hauling away the damaged trucks once another cattle hauler was brought in to haul away the surviving animals.