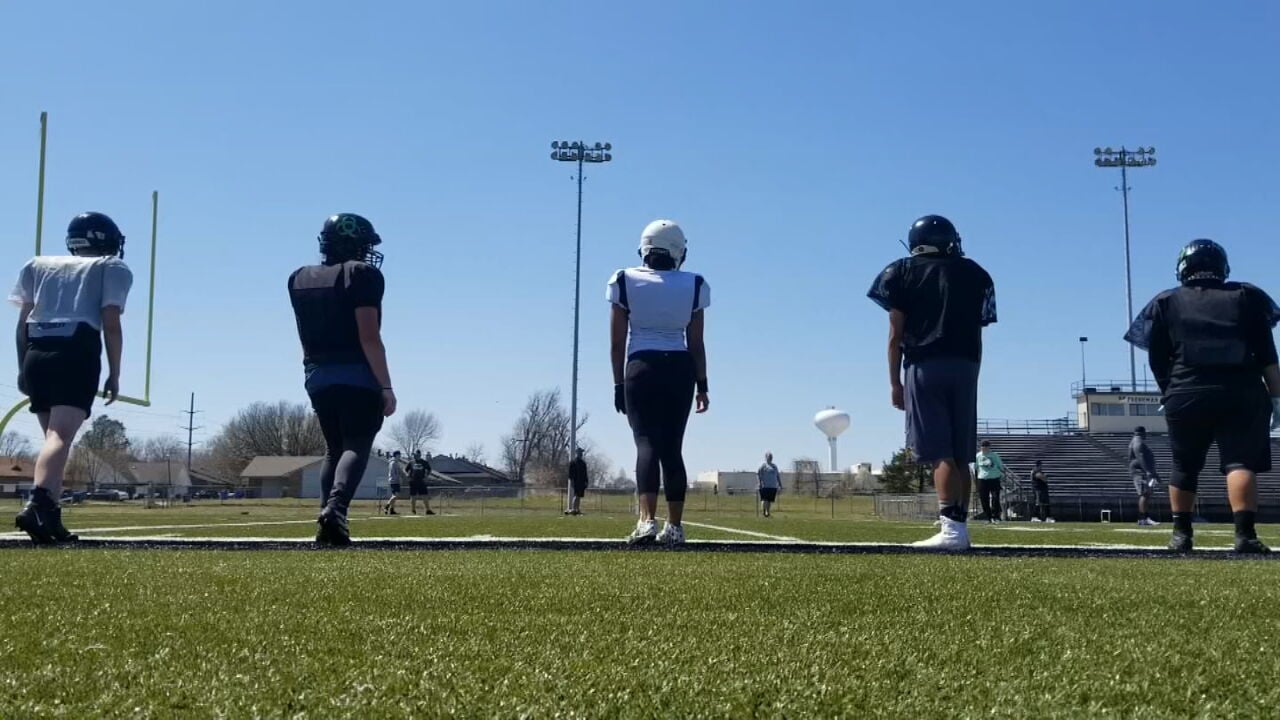 When you think about football you might not think about girls suiting up -- but a group of women in Green Country are playing just as well as the men! Powerful things can happen in life when you believe you are worthy of them.

"A lot of these girls hit just as hard as the guys -- some of them hit harder than some guys that I know, and they are all fearless," said Coach Tarrion.

Tati Chatman is proof of the power of believing. She started playing football as a kid. First she did flag football and now she takes on tackle.

"I think I really felt like I had to prove something. I deserve to be out here. I am not fragile. I am ready to play," said 26-year-old, Tati Chatman. She said the boys never scared her -- not even when they got bigger and tougher on the field.

"I am a person -- not just a girl. I want to be here. I want to play. I want to get better and be just as good or better than you," said Chatman. Tati plays on an all-women's tackle team.

"Come out and watch us play and I am pretty sure you will be hooked," said Latoya Carey, Tulsa Threat Women's Football player.

Tati's mom, Sadiqa is a single mom. She taught her baby that her place, was any place. "I did my best to make it happen so whether it was fundraising or working extra jobs," said Sadiqa Lanear, Tati's Mom, "I fought to have her understand that self-confidence comes from within, it doesn't come from what other people think of you."

Tati took that lesson and literally ran with it. She doesn't only play football. She is also an engineer and graduated college with two majors.

I asked Tati if she thought her story was special -- she said no. She said she was just moving through life. Maybe that is what makes her so extraordinary -- she didn't get into football to break barriers in a predominantly male sport, or to lead the way for other women. She just loved playing and ended up changing the game for other women along the way.

"Your child deserves chances that you didn't have. The end result is you get to sit back and say, 'Wow, look at that girl!'" said Lanear.