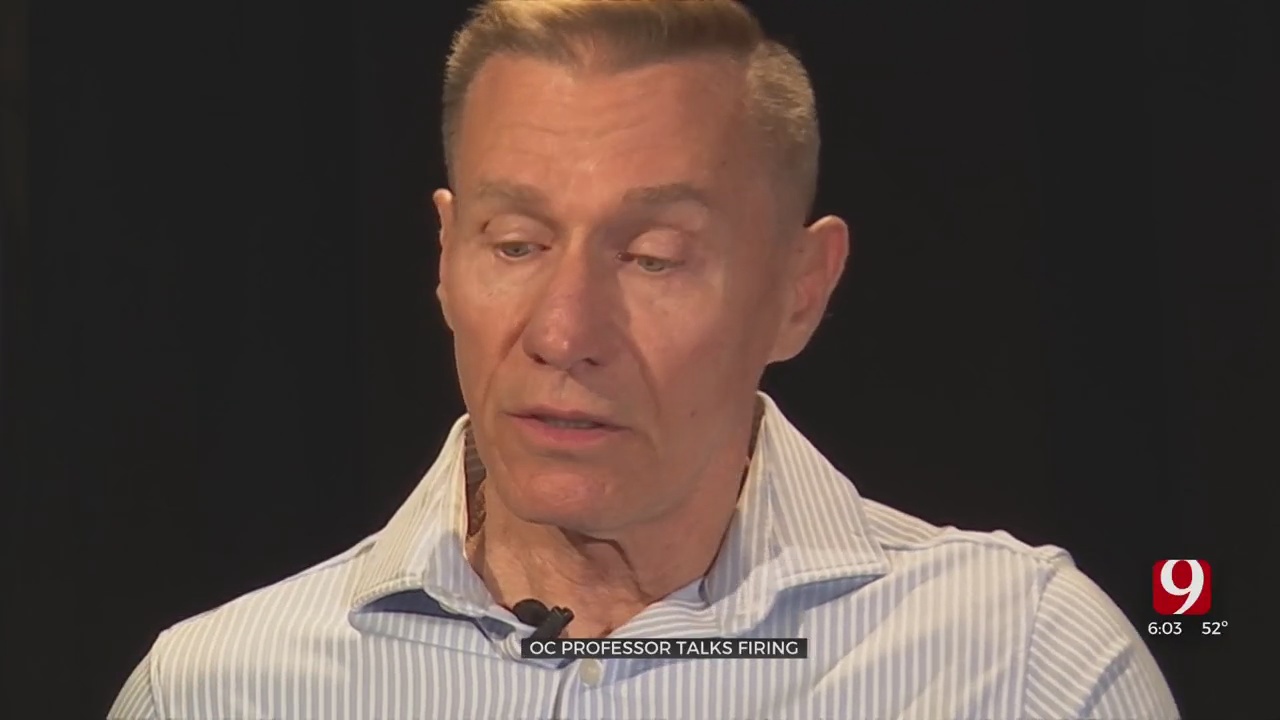 A metro professor is back from Spring Break but remains out of the classroom after being fired.

O’Keefe tells News 9 the way he's been treated by the University, from the investigation to the termination, has been completely unfair.

Earlier this month, O'Keefe invited guests from different backgrounds to be part of his speaker series. One of the speakers was openly gay.

"I bring in people who tell their stories of resilience so the students can learn from their experiences and their lives," O'Keefe said. "It's not that I say to agree with the lifestyle or not, but as a Christian you should listen.

Some of O'Keefe's students complained to school administrators about sexual and graphic nature of the guest's presentation.

After an investigation, O'Keefe was fired.

According to a staff letter from Oklahoma Christian, the speaker "told the class about his history exposing his genitals to others," language that OC says is "unacceptable in any classroom, regardless of sexual orientation."

This is the full staff letter sent out to faculty and staff: O'Keefe says he doesn't believe a thorough and complete investigation was done and that the speaker's comments were taken out of context.

"There wasn't a lot of profanity," O' Keefe said. "There were some words used in context from a story when he was 10 years old."

O'Keefe said he and many other staff members weren't interviewed before his termination.

"They never interviewed me," O'Keefe said. "They didn't interview our department's dean, associate dean or my department chair."

Lori Osley, O' Keefe's wife, says they could've kept quiet about the situation but felt that it was important to speak out.

"Comments have been made to us both personally, saying, 'thank you for your courage,’" Osley said. "Many people have said 'you need to bring this to light.'"

Stephen Eck, a lawyer for Oklahoma Christian University, told News 9,"The decision to end employment was made after a thorough review process. The university will always put first the wellbeing of our students in every decision we make.”

Many former students have also spoken out publicly against the university's decision.

"Mostly I'm just disappointed and I don't think this is Christ like," said Elizabeth Maxwell, a former OC student now working as a graphic designer. "I think if we're talking about how OC is home and we're all made in the likeness of God, I just have a hard time wrapping my head around how they can take these actions."

O’Keefe and his lawyer, Kevin Jacobs, say they are still deciding whether to take legal action against the university.

"We were made aware of Mr. Eck’s statement and believe it to be factually incorrect. It misquotes both my client and the guest speaker and puts them in a defamatory and false light.

If the university was forthcoming and honest they would also admit they have received formal objections to this statement from current faculty members—ones with direct knowledge of what was said and witness to student reactions in the class. This is again evidence of the university trying to justify actions they have taken and their unwillingness to tell the whole truth."