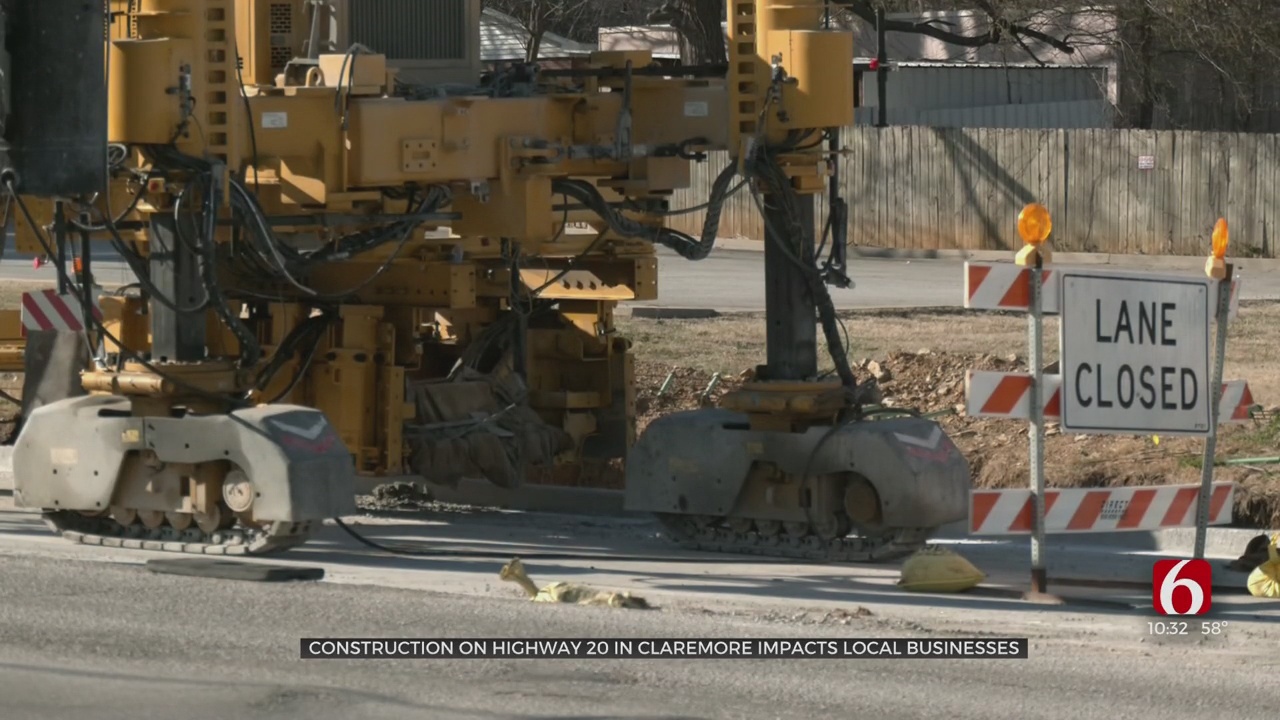 Construction on Highway 20 is delayed due to crews finding shallow gas lines, which extends the project.

It's been nearly a year since the Oklahoma Department of Transportation started construction on Highway 20.

Kiley Tice, owner of Kiley's Kloset, says it's been a nightmare since the beginning.

"They shut down my highway access and you had to come in from the back way, but then they had all the side streets shut down," said Tice.

She said when it was hard to get to her shop, the customers stopped.

"It was a hassle. So, people just stopped coming," said Tice.

She said she lost so much business, she closed her shop 3 days of the week and then picked up another job.

"This is what I've always wanted to do, but it was getting hard to pay the bills," said Tice.

Highway 20 is down to one lane in each direction and Tice said people are completely avoiding the area.

"They want to shop where it's convenient and with this construction -- it's not convenient."

She said the scariest part of all of this is the timeline.

"It's going to be for a while before they're done. Because they still have the whole other side of the road to do," said Tice.

ODOT expects to have all four lanes open again in the Spring.