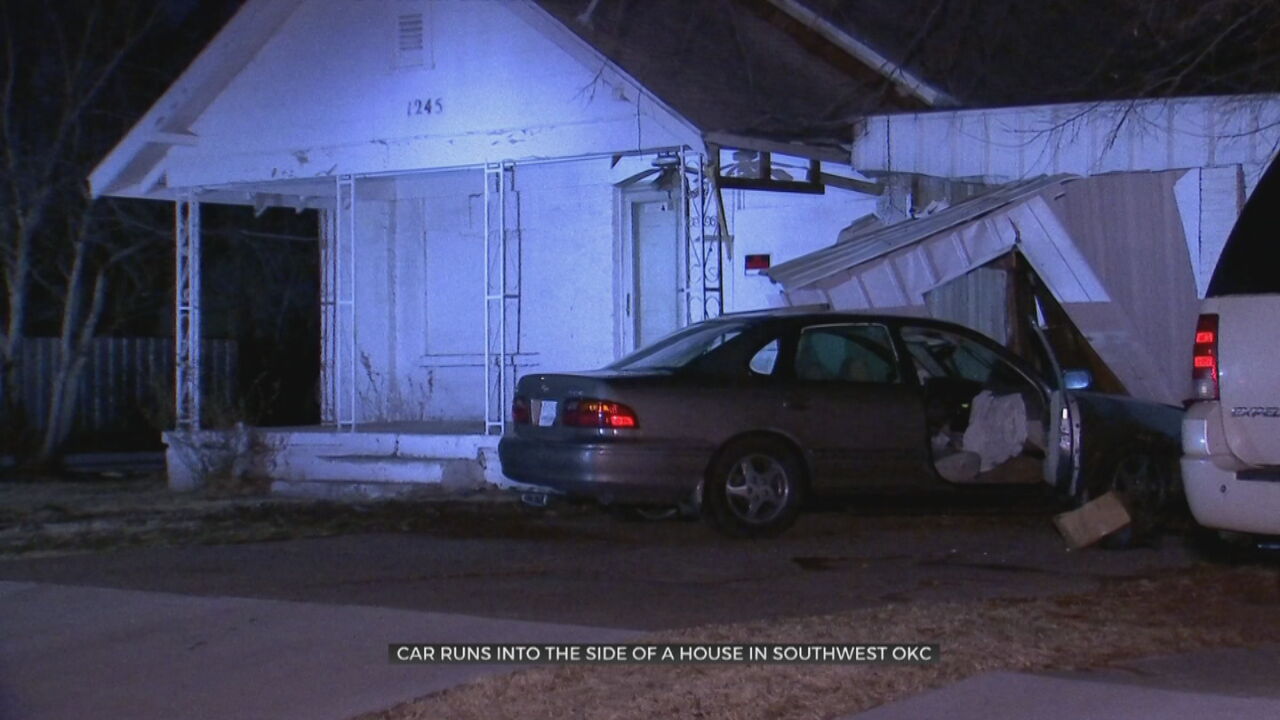 A man is in custody on Monday morning after police say he crashed his car into a house on the southwest side of the metro.

Police say it happened at a home near Southwest 25th and Blackwelder around 12:30 a.m. on Monday.

According to police, officers attempted to pull over the man, but he refused to stop.

Officers say the man then crashed into the house. Police say he attempted to run, but was quickly caught by police.

Nobody was injured in the accident, according to officers.