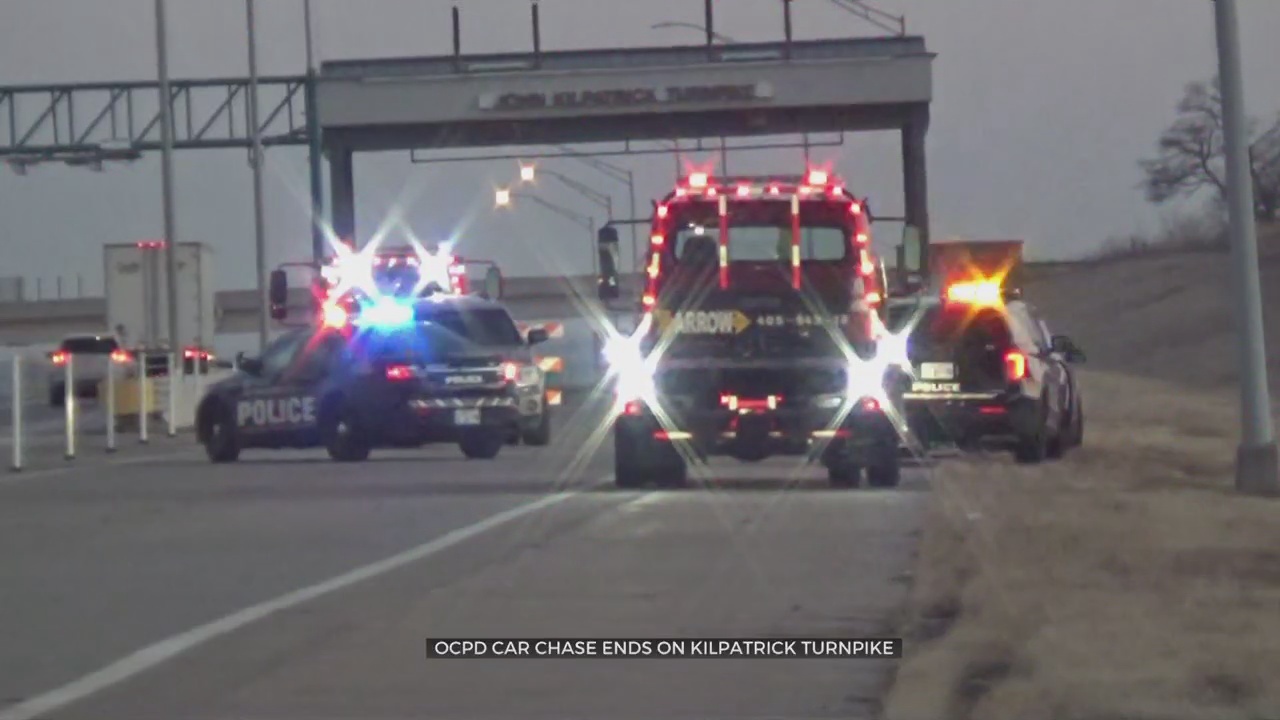 According to police, the chase started near Southwest 29th and I-44 and ended with a minor, single-car crash.

Officers on the scene say the vehicle involved in the chase was confirmed to be stolen.

Police say, three juvenile suspects, who were passengers in the vehicle, were taken into custody after the chase.

Police are now searching for the driver and another passenger, who fled from the scene.

Air 1 and K9 units are on scene assisting in the search.