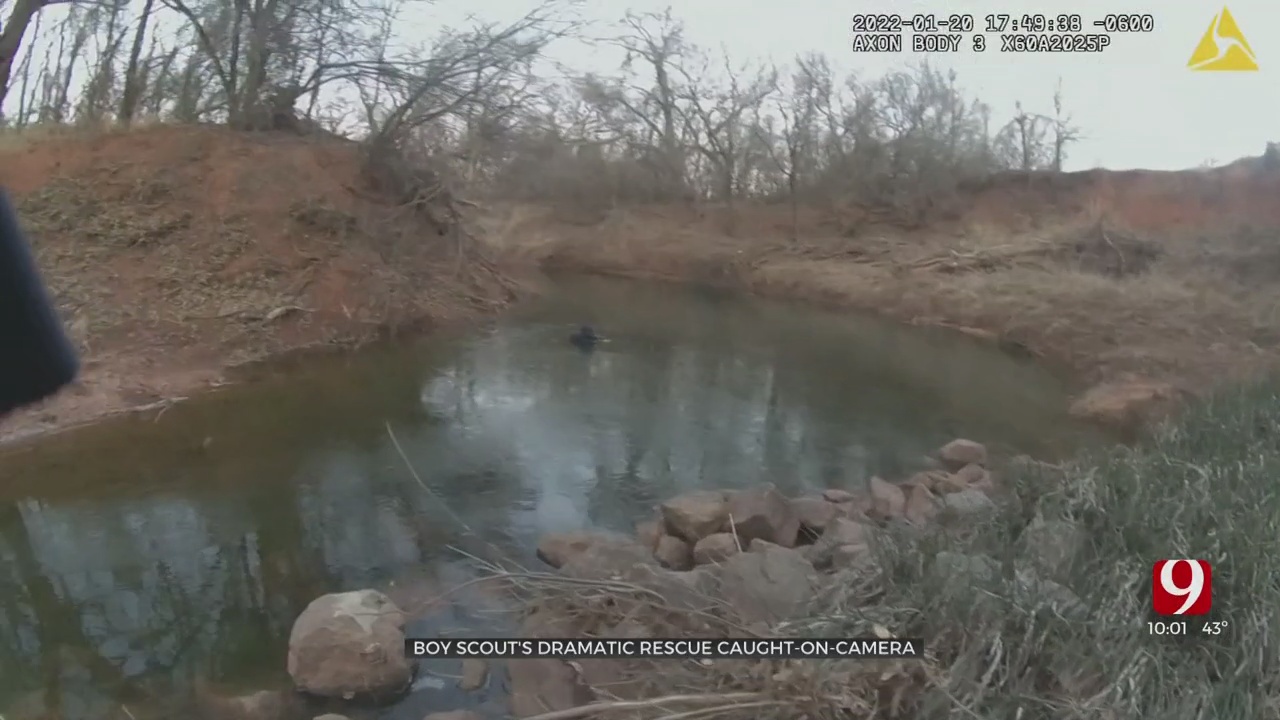 It's like something out of a commercial—after a metro teen used his Apple Watch to signal for help.

He was trapped beneath a boulder and surrounded by icy water.

It was a race against the clock to get help before he froze to death.

The teen’s mom talked to News 9 off camera and said her son is shaken but recovering.

She said she’s grateful for the officer who jumped in after him and all the emergency responders who helped.

That call triggered an immediate response from police.

According to police the teen was at his neighborhood pond when he slipped and plummeted twenty feet.

“One point had discussed backing their fire ladder truck in the driveway,” said neighbor Beau Brantley.

The hypothermic teen dipped in and out of consciousness.

“He was soaking wet, so obviously they cut his clothes off and had the blankets around him,” said Brantley.

The actions of that officer and technology saved the teen's life.