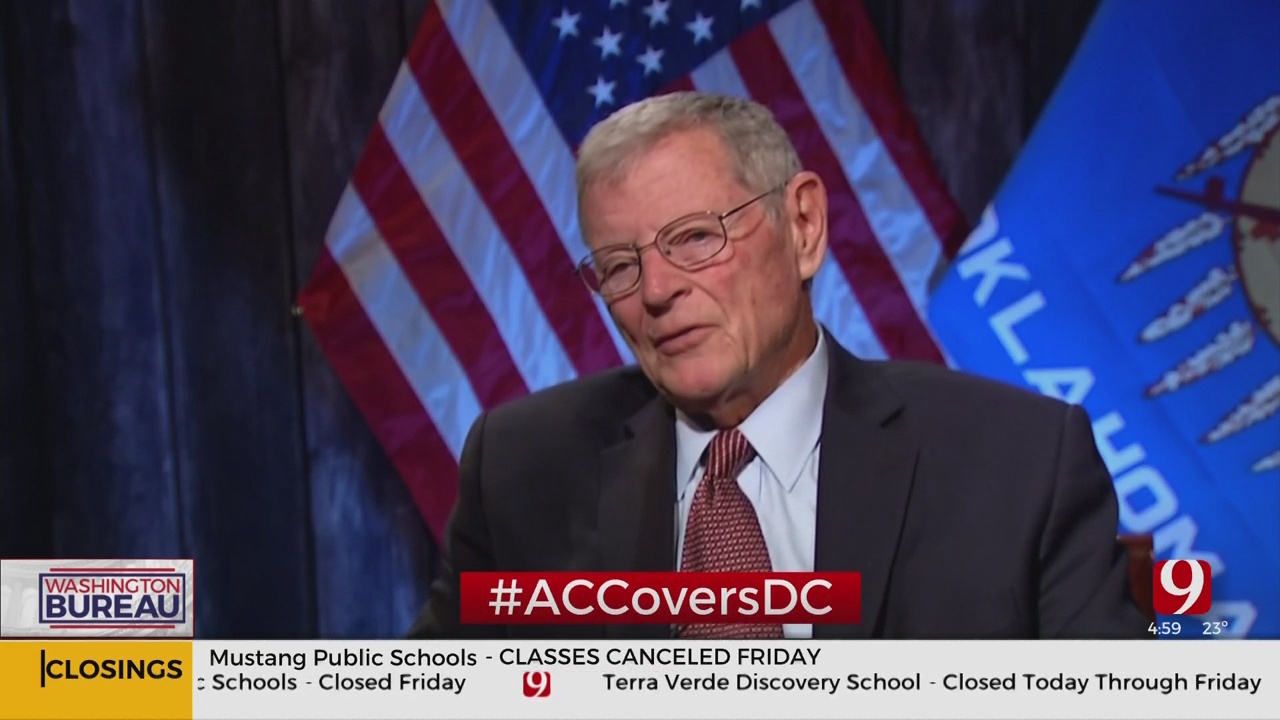 United States Sen. Jim Inhofe, 87, will announce his resignation Monday from the body he's served for 28 years, according to multiple reports.

First reported by the New York Times and now corroborated by multiple reporters, Inhofe's resignation would be effective Dec. 30. It is expected that Inhofe's seat would be filled through a special election to be held this year as part of the general election in November.

Reporter Jonathan Martin was the first to break the news about Inhofe's expected resignation Thursday afternoon:

Inhofe was elected by Oklahomans to the Senate in 1994. He is the ranking member of the Senate Armed Services Committee.

Before his time in the U.S. Senate, Inhofe was a member of the House of Representatives. Before that, he was mayor of Tulsa -- and before that, he served in both chambers of the state Legislature.