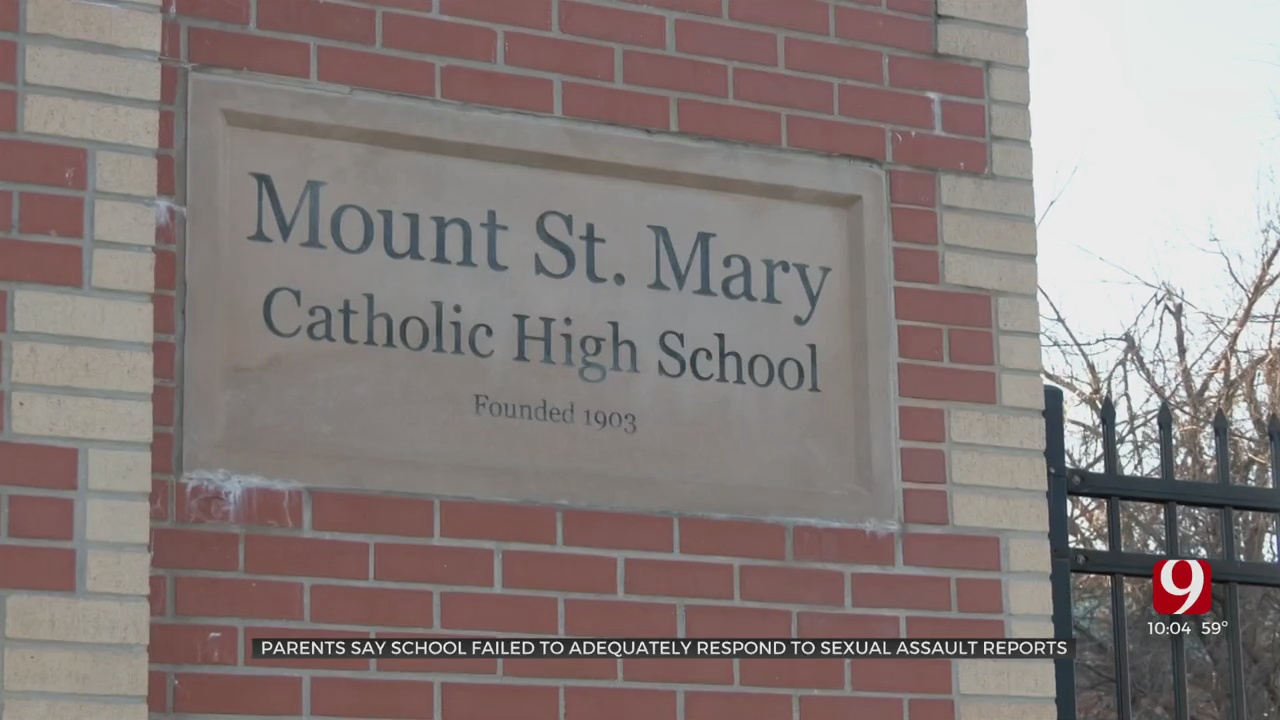 Two parents of current and former students of Mount St. Mary Catholic High School in Oklahoma City said their children were criticized by administrators after reporting incidents of assault by other students.

One parent, Kristi Darrow, said her daughter graduated from the school in 2017. Another parent of a current student spoke anonymously to News 9 in fear of retaliation.

The school is conducting an internal investigation into alleged incidents on campus, and the administration’s response.

Darrow said a male student assaulted her daughter on a school bus in 2015 during her sophomore year. After administration learned of the incident, Darrow said her daughter was called to speak with then-principal Talita DeNegri.

Darrow said DeNegri told called her daughter a liar and instructed her to apologize to the male student involved in the assault.

“It’s a blame and shame type situation,” Darrow said. “The girls are to blame, they’re responsible. They’re responsible for protecting themselves, and if it doesn’t happen it’s their fault.”

The parent who requested anonymity told News 9 their daughter was assaulted in the hallways of the school. Despite being party caught on security camera footage, they said the incident ended with no action by school administrators.

“I feel like they were trying to not only blame her, but have us not report,” the parent said.

Last month DeNegri resigned as principal after an internal investigation found the schools administrators “failed to take action in response to reported allegations of sexual harassment and assault by students against other students,” according to a statement from the Archdiocese of Oklahoma City.

The internal investigation is ongoing, said Dan Carsey, chairman of the school’s board.

The school, this month, launched an initiative called “moving the mission forward,” which includes mandatory training for students, faculty, and staff on reporting incidents and preventing sexual harassment.

“We’re standing behind our victims, we’re hearing them, and we certainly don’t stand for anything that would be victim-blaming,” Carsey told News 9 on Monday.

Attorney Rachel Bussett is representing Darrow and 9 other families of students. She said they are preparing to file a civil lawsuit against the school.