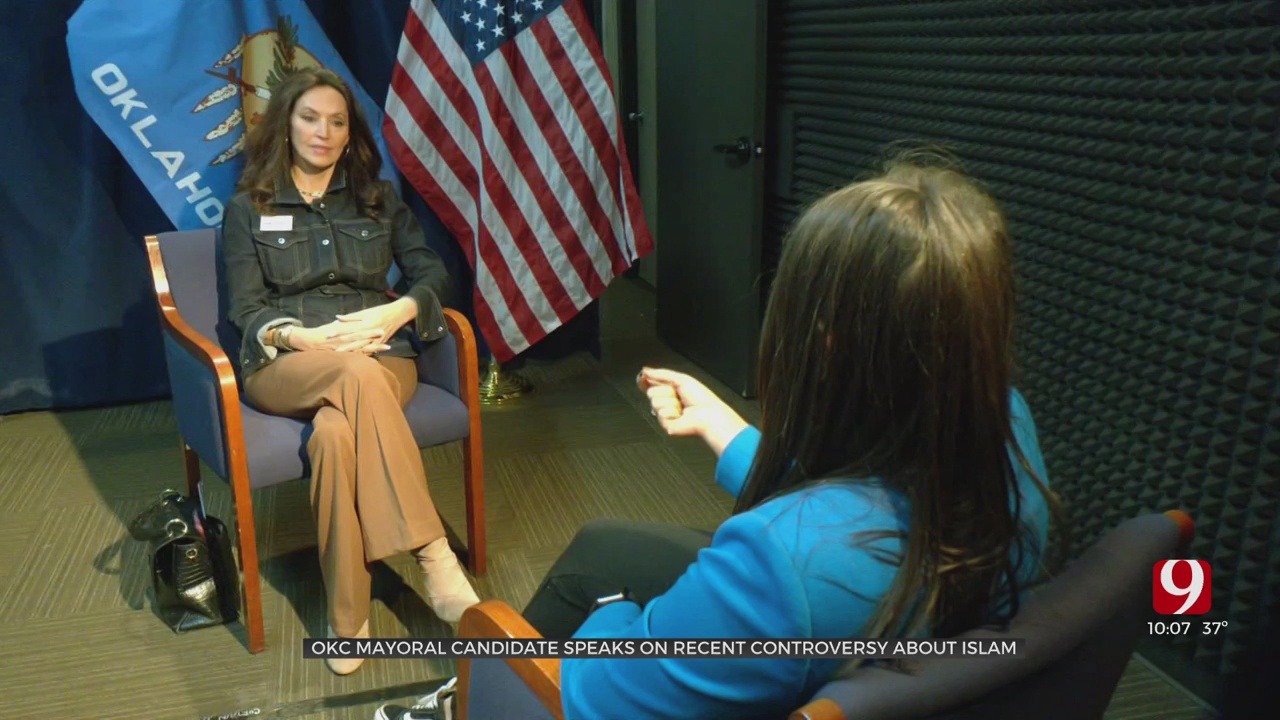 A mayoral candidate spoke with News 9 following controversial statements made about Islam during a debate. Carol Hefner said wasn’t talking about Islam but about the opportunities in America versus other countries.

“You called Islam an evil culture and not a religion. Should people in Oklahoma City be concerned that you would be a divisive mayor with a propensity for making divisive statements?” said Moderator Storme Jones.

During the debate Hefner went on to say, “Yes, it is a very negative culture, and it does things that are oppressive, and I don’t agree with that … unfortunately it has been here since the beginning of time.”

“To make accusations that are completely false and historically inaccurate about one of the integral faith communities not only in our state but in our country and the entire world is very much offensive and hurtful,” said Adam Soltani, the Executive Director for CAIR-OK.

Now the candidate is sitting down one-on-one with News 9 to address the backlash.

“I think that they took it personally and they were looking for a reason to not like my comment. The comment really was about hate and oppression,” she said.

Hefner said she was drawing a comparison. “I was talking about the opportunities here and how it differs here because we don’t have that hate and oppression and people can rise and I want to offer that opportunity to everybody,” she said.

Both CAIR-OK and the Islamic Society of Greater Oklahoma City have reached out to Hefner about the controversial comments and have not heard back.

“We live in the promise land now together and we need to get along with one another. We are ready to sit down with her if she is willing to speak with us,” said Dr Imam Imad Enchassi, the Senior Imam of the Islamic Society of Greater Oklahoma City.

Hefner said she is open to sitting down with the two organizations, we will keep you updated on that meeting.