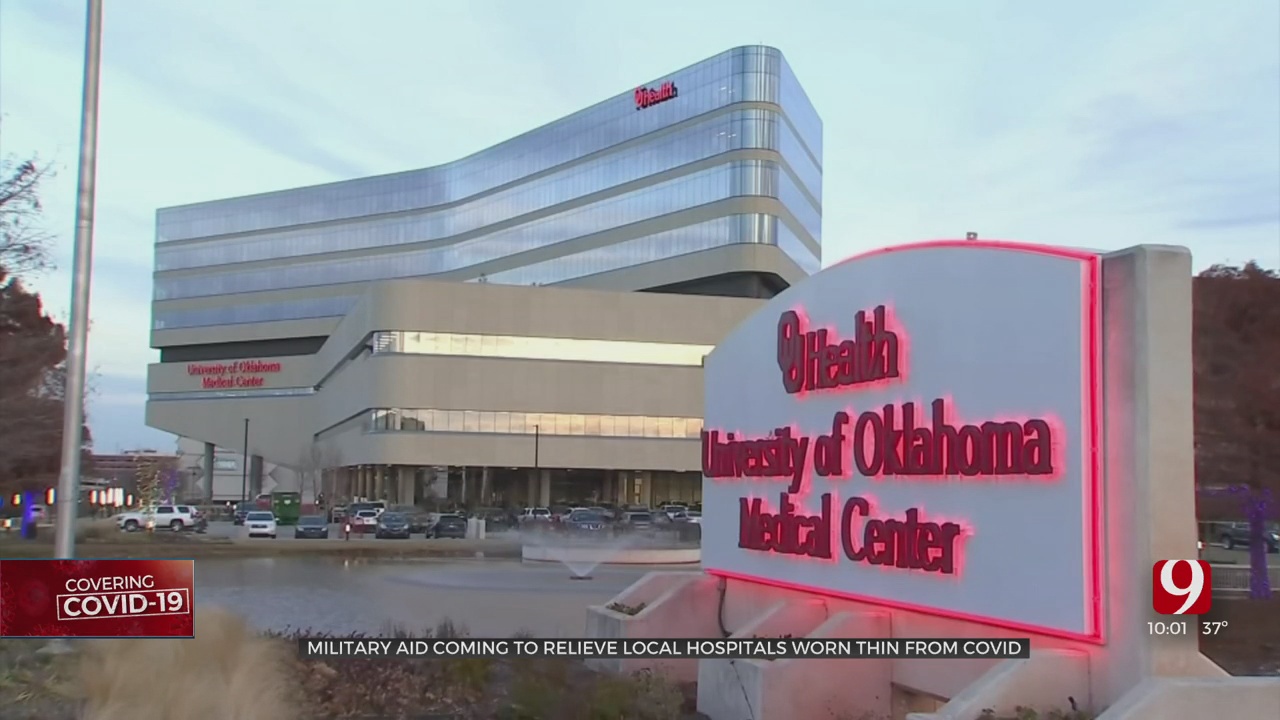 One Army medical team of 25 will assist OU Health, and two Air Force teams made up of 45 personnel will work with Integris Health. The teams are made up of physicians, nurses, respiratory therapists, and technicians, according to the Oklahoma State Hospital Association.

“They have expanded their staff to patient ratios to the fullest extent that can safely be done, some are halting or rescheduling elective and non-essential procedures, and steps are being taken to move and/or discharge less severely ill patients as quickly as possible,” said OSDH Spokesperson Erica Rankin-Riley. “The OSDH has helped facilitate hospital’s request for HHS resources, including special medical augmentation teams.”

Spokespeople with Integris Health and OU Health told News 9 the teams’ assignments and duties have not yet been determined.

LaWanna Halstead, vice-president of the OHA, said the extra help will provide some much-needed flexibility to hospitals that have been facing significant staffing shortages caused partly by COVID-19 infections. She said the larger health systems in the state can have upwards of 200 absent staff.

“That will only alleviate a pretty small degree, but anything we can get will be fabulous,” Halstead said. “If we can help to alleviate the larger facilities, then it’s possible we could get some people that need the higher level of care from the smaller facilities in.”

On Friday the OSDH reported a record-setting number of hospitalized patients with the virus. The three-day average rose to 2,077 patients Friday, which included 98 pediatric patients. The department reported 114,510 active cases and 8,655 new cases, as well.

Clarke is hopeful daily case numbers of COVID-19 begin to dwindle, however, she said hospitalizations caused by the virus will likely continue to rise for 2-3 after case numbers peak.

“We’re going to overwhelm the system if there is no extra support, and there’s no leadership to help walk people through how we keep this from happening. Prevention, as a family medicine doctor, is always the key,” Clarke said.

Oklahoma Gets First Round Of COVID-19 Omicron Booster Vaccine