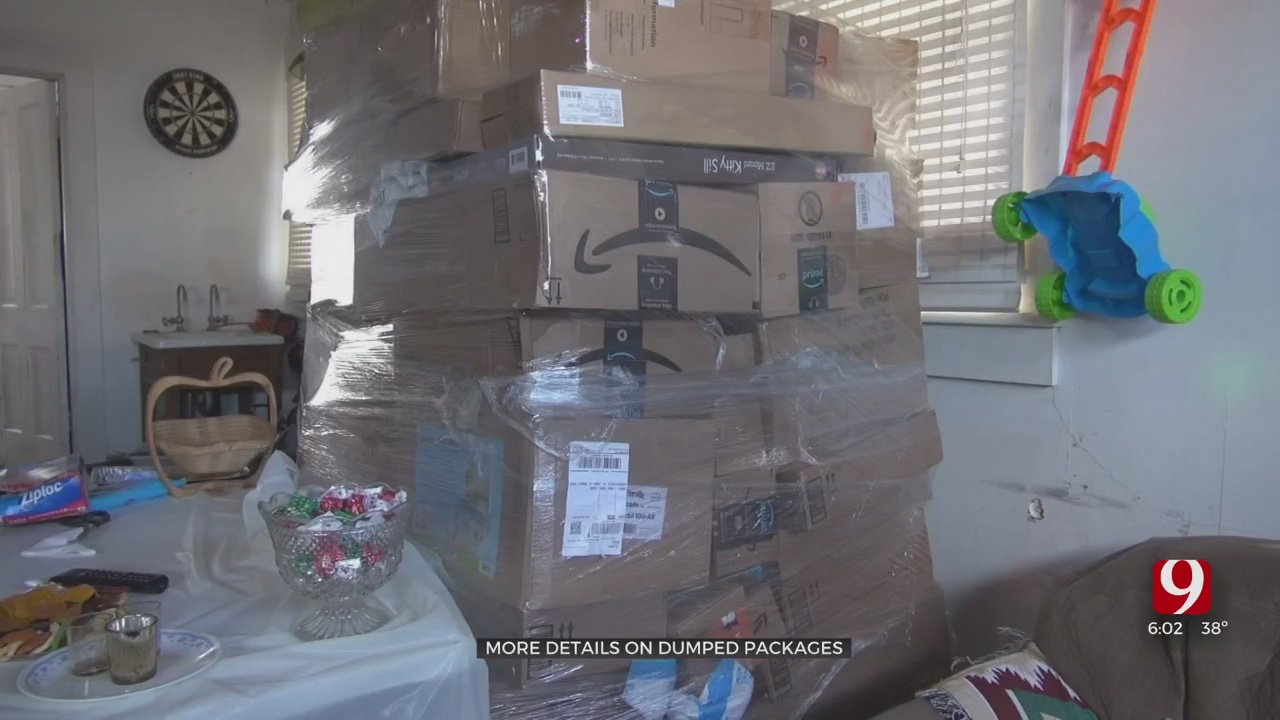 Three arrests were made in connection with an Amazon theft ring, the Oklahoma County Sheriff's Office announced Wednesday.

Deputies said it received a call Dec. 30 regarding an illegal dumping call.

When they arrived on scene near 206th Street and Harrah Road, deputies discovered approximately 600 Amazon packages on the ground. They also found a garbage bag with an envelope inside. The envelope had the address of a house in Luther.

Claraeassia Weathers lives nearby and says she had questions about the home on her street. It has a grinch outside and according to the Oklahoma County Sheriff's Office a grinch inside too.

Deputies swarmed the home finding thousands of dollars worth of Amazon packages.

“We believe the suspects were third party drivers for Amazon and were loading extra product on their truck and taking them home to sell,” Oklahoma County Sheriff Tommie Johnson said.

Neighbors just watched as the sheriff's office brought item after item out filling a box truck full of evidence.

“There's a large distribution center here in Oklahoma City. Someone will meet them there and say these are your palettes load them in your truck and they said it's not uncommon for someone to grab an additional pallets and throw it on the truck and take off,” Capt. Robert Tye said.

All of the packages were returned to Amazon and were mostly packages outside of the Metro area. Investigators were made aware of another dumpsite in Luther, they believe the two incidents are related.