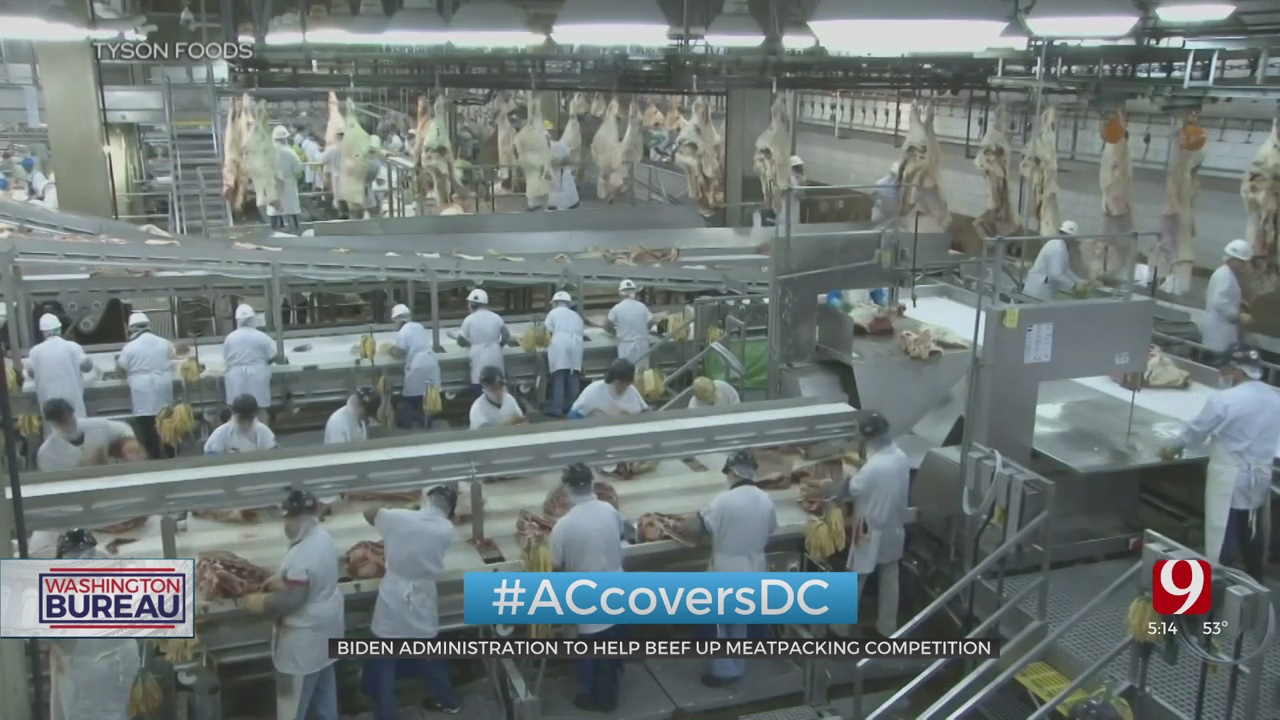 Okla. Ranchers Struggle To Turn A Profit While Beef Prices Go Up

President Joe Biden announced his administration plans to put $1 billion toward helping American ranchers, independent meat and poultry producers, and consumers by ramping up competition in the meatpacking industry, which is currently dominated by four large corporations.

“I’ve said it before and I’ll say it again: Capitalism without competition isn’t capitalism. It’s exploitation,” Biden said Monday at a White House event on meat and poultry supply chain issues. “That’s what we’re seeing in meat and poultry and those industries now. Small, independent farmers and ranchers are being driven out of business — sometimes businesses that have been around for generations."

To stop the alleged exploitation of these farmers and ranchers -- and as important, to bring down food costs -- the administration intends to give the four big corporations currently dominating the meatpacking industry more competitors.

The measures include providing $375 million in grants to small, independent meat processing projects, as well as $275 million in loans and other financial support. There will also be $100 million earmarked for training people to work in those plants and another $100 million to help lower inspection costs at small facilities.

"This is a game-changer," said Oklahoma Farmers Union President Scott Blubaugh in a Zoom interview Tuesday.

Blubaugh was among a small group of local farming and ranching representatives invited to participate virtually in Monday's White House announcement. He said the lack of competition in meat processing is a big reason ranchers continue to see their share of the retail food dollar shrink, while the big multi-national processors see record profits.

"We’ve seen this [trend] start about 40 years ago actually, a decline of the farmer–rancher share of that retail food dollar, at just a steady downward pace, and now we’re to the point where it’s very difficult for independent farmers and ranchers that we have throughout the state of Oklahoma to actually make a profit, stay in business and keep their multi generational farms and ranches going," said Blubaugh.

Blubaugh said the current situation is bad for the local farming and ranching operations and also tough on consumers, who have seen beef and poultry prices soar in the last two years.

But not everyone who works a family farm is convinced the administration has it right.

"Is this just one of those things that the Biden administration is real good at by throwing money at a problem, but not having the details to actually get it figured out?" said Rep. Markwayne Mullin, who counts a cattle operation as one of his businesses.

Mullin said what the administration hasn't figured out is what he thinks is the actual cause of the lack of competition: over-regulation by the federal government.

"So, unless you’re making the change to the regulatory side of things," Mullin said in a Zoom interview Tuesday, "then all you’re doing is just temporarily standing up businesses that are doomed to fail in the long run."