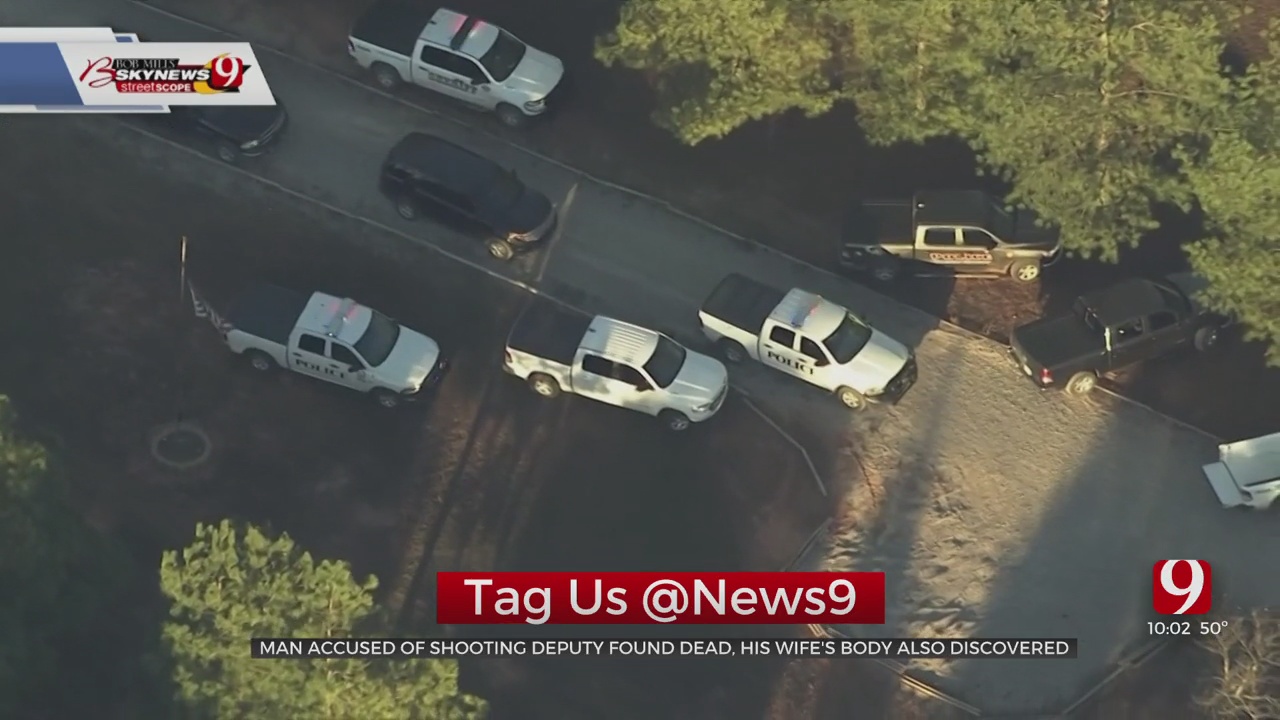 The Oklahoma Highway Patrol has confirmed that there is no longer a threat to the public after a manhunt for a man who allegedly shot a Pottawatomie County Sheriff’s deputy seven times Friday morning.

OSBI confirmed Friday night that Braedon Chesser is dead. His wife, Sarah Chesser was also found dead at the home.

Police still have a perimeter set up in the area of Austin Drive and Patterson Road for investigative purposes.

The incident started this morning when police received a domestic-related call in Pink.

Pottawatomie County Sheriff Mike Booth confirmed one of his deputies was shot during the call.

The deputy was alert before he went into surgery on Friday afternoon.

Authorities said the suspect, Braedon Chesser, was inside a home on Austin Drive and firing multiple rounds. He remained at large until just before 8 p.m. Friday evening.

Multiple schools in the area were shut down during the incident.