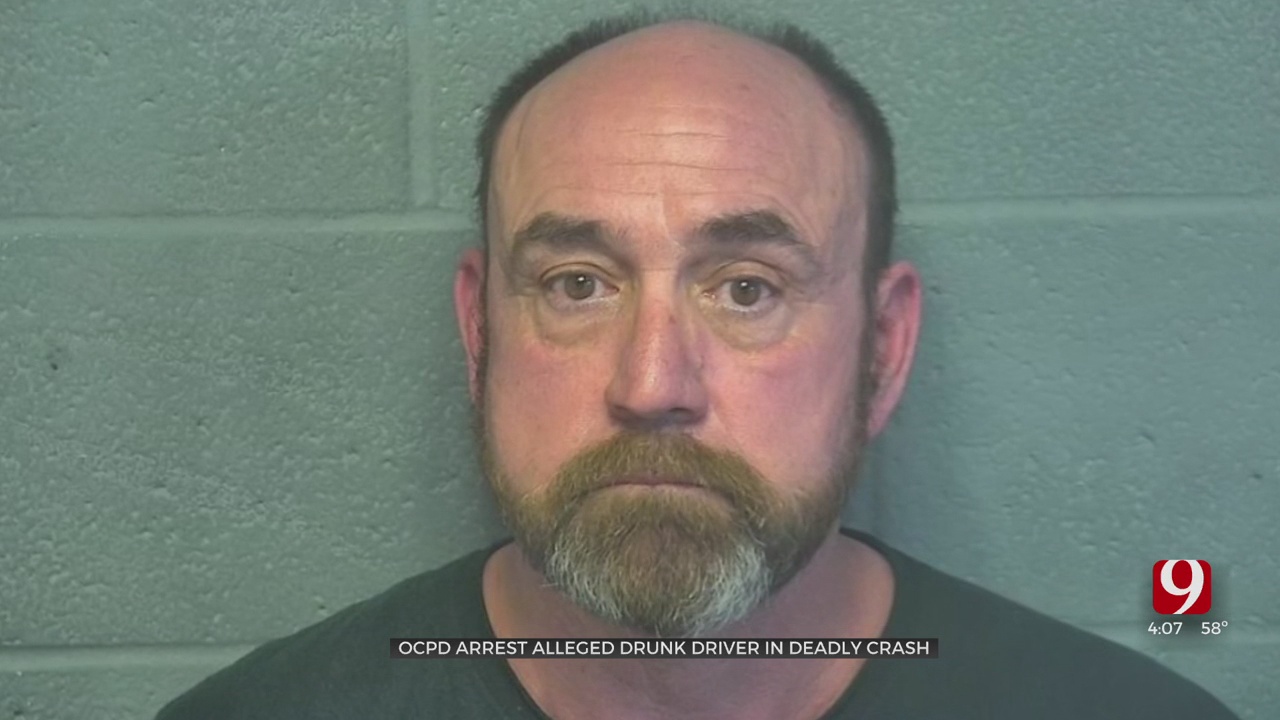 One man is dead and another man was arrested after a crash near downtown Oklahoma City.

The incident happened Monday afternoon on Pennsylvania Avenue near Interstate 40.

Bob Mills SkyNews 9 flew over the chaotic scene which blocked off the entire intersection and left one vehicle flipped on its side.

The driver killed was identified as 49-year-old Timothy Cotton.

Police reports said officers spoke to the other driver, Craig Weeks, on scene. One of the officers claimed he could smell alcohol under his breath and noticed slurred speech.

"They gave him a field sobriety test," said Knight. "A series of tests which indicated that he was under the influence of alcohol."

According to police reports, Weeks told officers he had a green light when he went through the intersection. However, witnesses told police a different story.

"They indicated that he had a red light, and somebody drove through the red light, striking and killing the other driver," said Knight.

Weeks was arrested and later booked into the Oklahoma County jail on complaints of first-degree manslaughter, driving under the influence and failure to stop at a red light.